Pakistan vs Australia: Former England Captain Describes Babar Azam In Two Words After Yet Another Century

PAK vs AUS: Days after scoring a fluent century against Australia in the second ODI to help Pakistan complete their highest successful run-chase, Babar Azam was back to tormenting the Aussies in the third and final ODI. 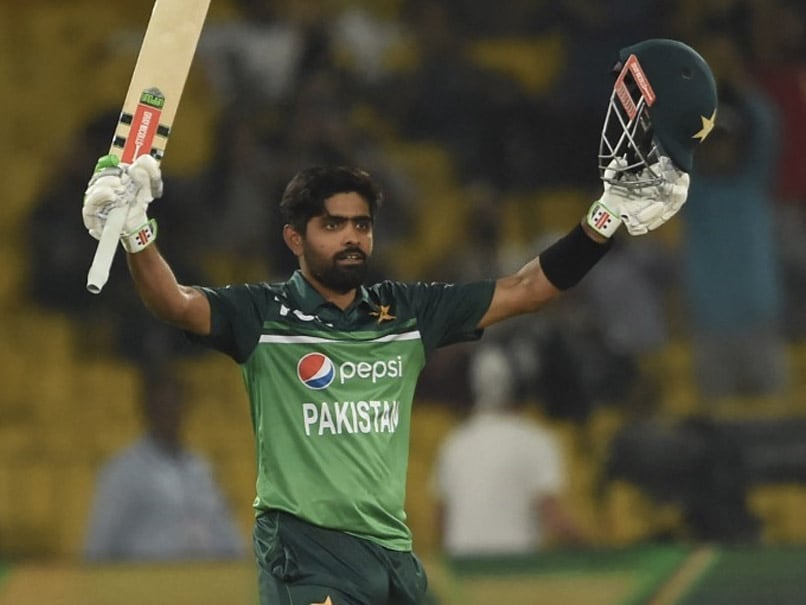 Babar Azam scored yet another century on Saturday night to take his tally to 16 in one-day cricket. Days after scoring a fluent century against Australia in the second ODI to help Pakistan complete their highest successful run-chase, Babar Azam was back tormenting the Aussies in the third and final ODI. The Pakistan skipper scored 105 not out as the hosts cantered to a nine-wicket for their first series win over Australia since 2002. Following Babar's heroics with the bat, the plaudits poured in from all parts of the world. Among them was former England captain Michael Vaughan, who called the Pakistan star "simply outstanding".

It was a dominant performance by the home team at Gaddafi Stadium as they dismissed Australia for a below-par 210 through their fast bowlers, who shared eight wickets, and then chased down the target in 37.5 overs losing just one wicket.

Babar Azam, though, got a repreive early on in his innings with Travis Head dropping him on one. And the stylish right-hander made the Australians pay dearly, hitting 12 boundaries in his 115-ball knock.

Babar was ably supported by the Imam-ul-Haq who followed up his back-to-back centuries with an unbeaten 89 off 100 balls.

Babar and Imam strung together an unbeaten 190-run stand for the second wicket after opener Fakhar Zaman fell to Nathan Ellis for 17.

"When you lose the first game then your players need confidence and once they were given that they came back srongly and did well," said Babar Azam.

"Credit to them for this series win."

"We didn't get enough runs," said Finch. "When you go three down in the first few overs, it's always going to be hard to get a big total."

Babar Azam Michael Vaughan Pakistan vs Australia, 3rd ODI Cricket
Get the latest updates on Fifa Worldcup 2022 and check out  Fifa World Cup Schedule, Stats and Live Cricket Score. Like us on Facebook or follow us on Twitter for more sports updates. You can also download the NDTV Cricket app for Android or iOS.