Pakistan vs Australia, 3rd Test: David Warner and Shaheen Shah Afridi engaged in some banter on the third day of the match. 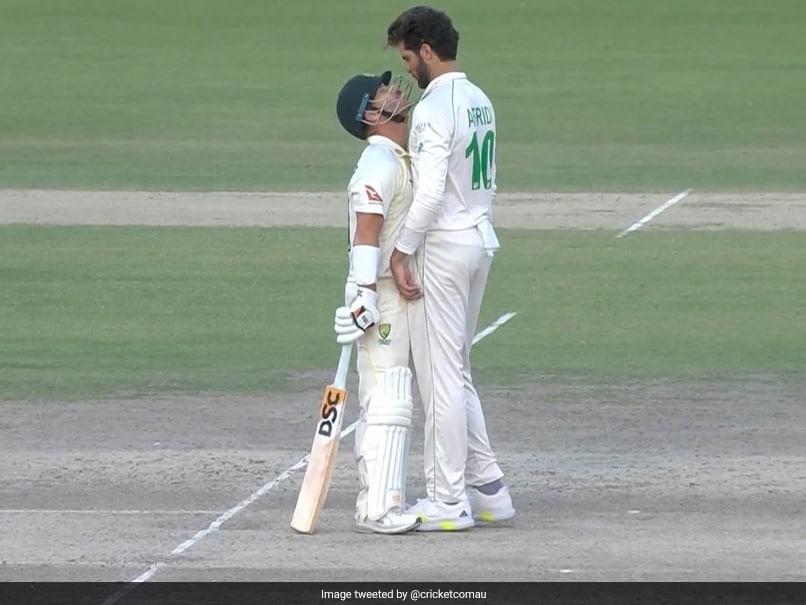 David Warner and Shaheen Shah Afridi are two entertainers and the fans are sure to have fun when these two are out there on the field. In a grueling ongoing third Test between Pakistan and Australia, Warner and Shaheen engaged in a standoff and everyone saw the funny side to it. The incident happened during the last over of the third day, and even Warner and Shaheen were giggling afterwards.

The incident happened in the third over of Australia's second innings and it was the last ball of the day as well. Shaheen bowled a short one, but Warner defended it comfortably to see the ball land right under his feet. Shaheen came charging towards Warner, and the left-handed batter also walked towards him. Throughout, the Australian batter was smiling and it also made Shaheen chuckle.

In the ongoing third Test, Australia have extended their lead to 134 runs after bundling out Pakistan for 268 in the first innings. Pat Cummins returned with five wickets while Mitchell Starc took four.

Australia had scored 391 in the first innings after winning the toss. Usman Khawaja had played a knock of 91.

The three-match series stands level at 0-0 and the decider is being played at the Gadaffi Stadium in Lahore.