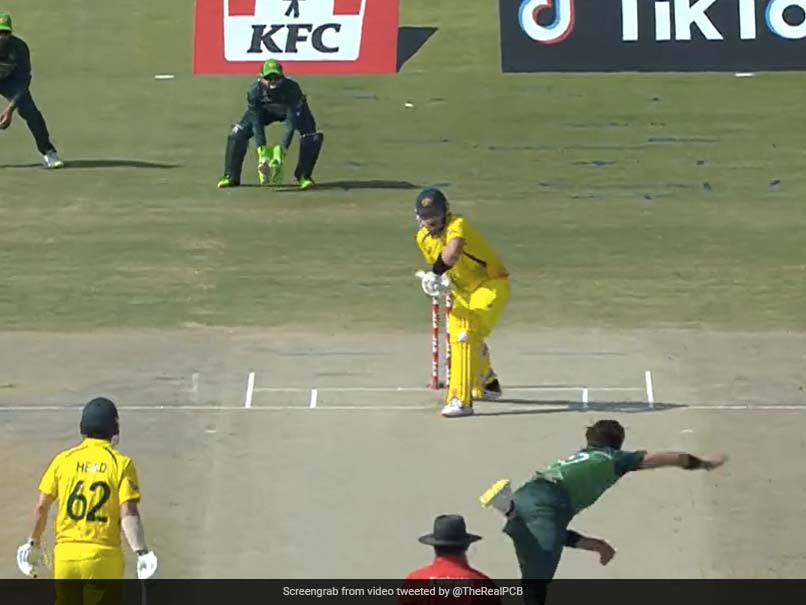 After electing to bowl, Shaheen Afridi gave Pakistan a dream start against Australia in the ongoing second ODI at the Gaddafi Stadium in Lahore. With Pakistan aiming to level the series after Australia won the first ODI, Shaheen dismissed Australia skipper Aaron Finch for a first-ball duck. Shaheen was probably trying to bowl a yorker but it turned out to be a full toss around middle and leg. He, however, still managed to get some movement on the ball as Finch completely missed his flick. As a result, the ball went on to hit Finch's front foot and umpire was quick to raise his finger.

The video of Finch's dismissal was shared by the PCB on their official Twitter handle.

Coincidentally, Shaheen, who had missed the first ODI, had also dismissed Finch for a first-ball duck in the T20 semi-final last year.

Australia lead the three-match series 1-0, having won the first ODI at the same venue by 88 runs.

In reply, Pakistan recovered from the early dismissal of Fakhar Zaman, as skipper Babar Azam and Imam-ul-Haq added 96 runs for the second wicket.

Imam scored a brilliant 103 while Babar also scored a fifty.

However, Pakistan failed to capitalise and were eventually bowled out for a total of 225.

For Australia, Adam Zampa was the pick of the bowlers, having taken four wickets.

Pakistan will look to level the series ahead of the third and final ODI on Saturday.

Shaheen Afridi Cricket Pakistan vs Australia, 2nd ODI
Get the latest updates on ICC T20 Worldcup 2022 and CWG 2022 check out the Schedule, Live Score and Medals Tally. Like us on Facebook or follow us on Twitter for more sports updates. You can also download the NDTV Cricket app for Android or iOS.