After Sachin Tendulkar and Virat Kohli, Bumrah now has a lookalike to marvel at. 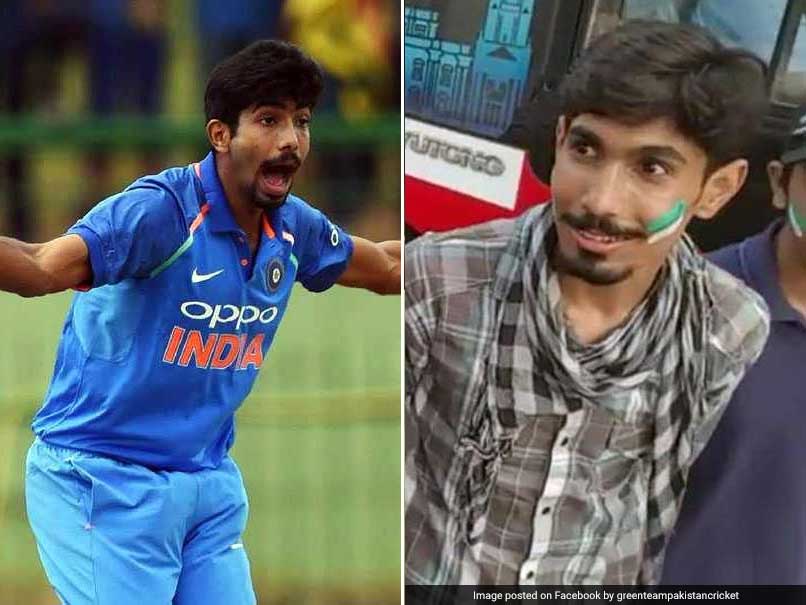 Bumrah's lookalike can be seen in pictures taken during the series between Pakistan and World XI.© AFP/Facebook

Not many of us have the luxury of seeing our live doubles. Many Sachin Tendulkar lookalikes have been seen in the stands of every major stadium in India. Not just Tendulkar, a pizza delivery boy seen recently in Pakistan was a dead ringer on Virat Kohli. Now it's the turn of pacer Jasprit Bumrah, as a replica has found place on social media. This lookalike can be seen in pictures taken during the recently-concluded three-T20 series between Pakistan and a World XI.

The Facebook page of Greet Team Pakistan uploaded the picture and the post read, "Thank You Jasprit Bumrah for coming to Pakistan to watch World XI vs Pakistan. You always support Pakistan in the big events. Thank You, Love, from Pakistan."

Kohli's doppelganger isn't at a pizza outlet in Shaheed-e-Millat, Karachi.

His video, which stunned cricket lovers, was uploaded by 'Just Pakistani Things' on Facebook.

Many Pakistani fans had taken to social media and expressed their disappointment over not having Indian star cricketers like Kohli or MS Dhoni in the ICC World XI team.

The series was arranged as part of Pakistan's efforts to bring back international cricket to the country, which has only hosted Zimbabwe for a limited-over series in 2015.

Foreign teams had refused to tour Pakistan since a militant attack on the Sri Lankan team bus in Lahore in March 2009.