Indian pacer Jasprit Bumrah moves up to second place with 737 points as he overtook South Africa's Imran Tahir in the bowlers' table. 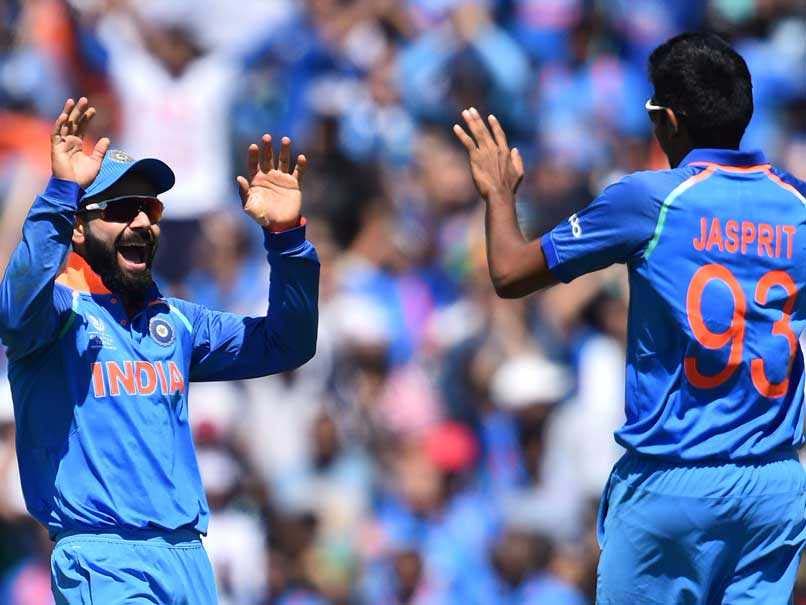 Virat Kohli remained on the top spot in the batsmen's list with 826 points.© AFP

India captain Virat Kohli continued to be on top spot with 826 points in the latest ICC T20 rankings of batsmen released on Sunday. The Indian skipper leads Australia's Aaron Finch by 39 points, who is in second place, while Indian pacer Jasprit Bumrah moved up to second place with 737 points as he overtook South Africa's Imran Tahir in the bowlers' table. Evin Lewis of West Indies grabbed a career-best third position after West Indies beat England by 21 runs in a lone T20 match on Sunday. Pakistan batsman Babar Azam achieved a career-best sixth position after climbing 21 spots. He was adjudged the player of the series in the recently concluded Independence Cup which Pakistan won 2-1 against World XI at the Gaddafi Stadium, Lahore.

The 22-year-old started with a fine innings of 86 and followed it up with two other useful knocks of 45 and 48 to finish as the highest run scorer in the series with 179 runs, eight more than his compatriot Ahmed Shehzad, who has gained nine slots to reach joint-22nd position.

In the bowlers' list, Imad Wasim of Pakistan leads the table with 742 points and India's Ravichandran Ashwin is static at the 10th placed with 626 points.

In the team rankings, India remained on fifth as West Indies overtook England to be third on the list after England with 120 points. On the other hand, England have lost four points to slip from second to fourth with 119 points. However, New Zealand still leads the table with 125 points.

Comments
Topics mentioned in this article
India Cricket Team Jasprit Bumrah Cricket Virat Kohli
Get the latest updates on IND vs NZ 2021, check out the Schedule and Live Score . Like us on Facebook or follow us on Twitter for more sports updates. You can also download the NDTV Cricket app for Android or iOS.