Pakistan Batter Posts Sleeping Pic Of Shadab Khan To Wish Him On His Birthday. His Response Is Pure Gold

Shadab was part of the Pakistan team that recently went down 3-4 to England in a 7-match T20I series. Pakistan will start their T20I World Cup campaign against India on October 23. 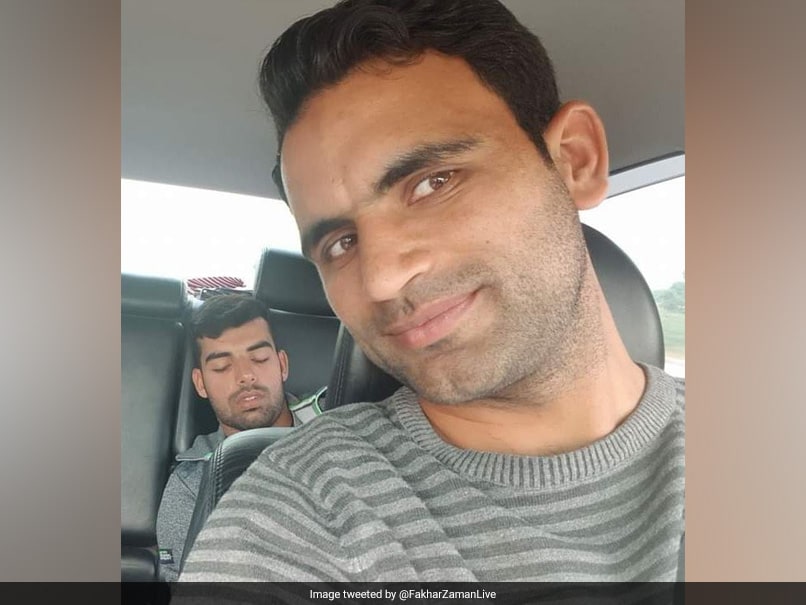 Pakistan cricketer Shadab Khan is celebrating his 24th birthday today and he has been receiving a lot of heartfelt wishes from fans and teammates on social media. Pakistan batter Fakhar Zaman decided to have some fun at Shadab's expense even while wishing the all-rounder on his birthday.

Fakhar posted a photograph of Shadab's on twitter in which Shadab can be seen sleeping at the backseat of a car. In his post Fakhar wrote, "Happy birthday Shadab “bhaaaaaai” Ummed kerta hun k jet lag utar gaya hoga."

Fakhar was asking Shadab whether his jet lag was over or not, while wishing him.

Not one to take the joke lying down, Shadab got back with a funny response, in which he called the Pakistan batter Fakhar "uncle" and asked him why he couldn't find a better photograph. "Jee fakhar chachu  koi aur tasveer nai mili," Shadab wrote in his tweet.

The response and the original tweet have gone viral and fans have been retweeting and showering love on the posts.

Shadab was part of the Pakistan team that recently went down 3-4 to England in a 7-match T20I series.

Pakistan will start their T20I World Cup campaign against India on October 23.