Pakistan will begin the tour with at least a month of training in a 'bio-secure' environment, before the series of three Tests and three T20Is. 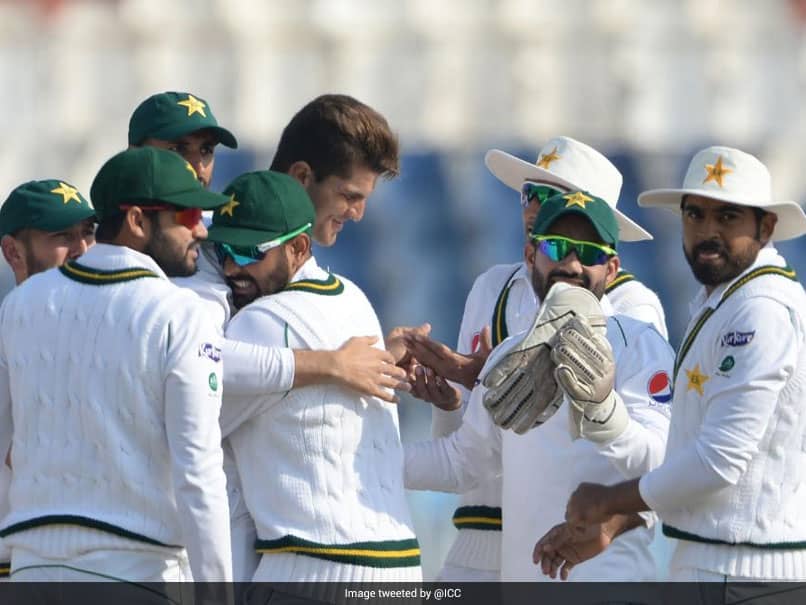 Pakistan will play three Test matches and three T20Is in their upcoming tour of England.© Twitter

Teenage cricketing sensations Haider Ali and Naseem Shah have been picked for Pakistan's tour of England next month, continuing the country's tradition of throwing young players in at the deep end. Pakistan's 29-member squad will begin the tour with at least a month of training in a 'bio-secure' environment, before the series of three Tests and three Twenty20 internationals gets cracking on August 5. Seventeen-year-old pacer Shah will be a star attraction, having become the youngest bowler ever to take a Test hat-trick in February after only debuting in Australia last year.

Haider's inclusion, at the age of 19, will also spark excitement after he scored 107 runs in the Under-19 World Cup this year, followed by 218 runs in the Emerging Teams Cup in Bangladesh.

He also tallied 645 runs -- including a century in the final -- in Pakistan's premier domestic tournament Quaid-e-Azam Trophy last year.

"The selectors have picked a squad which gives us the best chance of success in England. It was a challenging process as the players have not played for an extended period of time," said Misbah.

Middle-order batsman Haris Sohail was the only player who pulled out of the tour due to coronavirus fears, while fast bowler Mohammad Amir -- sentenced in a spot-fixing case in UK in 2010 -- withdrew to attend the birth of his second child in August.

Amir was part of Pakistan's tours in 2016 and 2018 after completing his five year ban for spot-fixing.

Middle-order batsman Fawad Alam, a prolific scorer in domestic events but who has not been given a chance in a Test team since 2009, made the squad.

Wicket-keeper Sarfaraz Ahmed, sacked as captain and excluded from all three formats last year in a surprise move, will also tour England and has a chance to play in the Twenty20 series.

Fast bowler Sohail Khan was recalled after playing his latest Test in December 2016.

Spinners Bilal Asif and Mohammad Nawaz, opener Imran Butt, fast bowler Musa Khan are named as reserves in case any of the players fail pre-tour coronavirus testing, which will be carried out on 20 and 25 June, said Misbah.

The three Twenty20 internationals will all be played in Southampton on August 28, 30 and September 1.