Mohammad Amir and Haris Sohail withdrew themselves from the Pakistan squad for their England tour due to personal reasons. 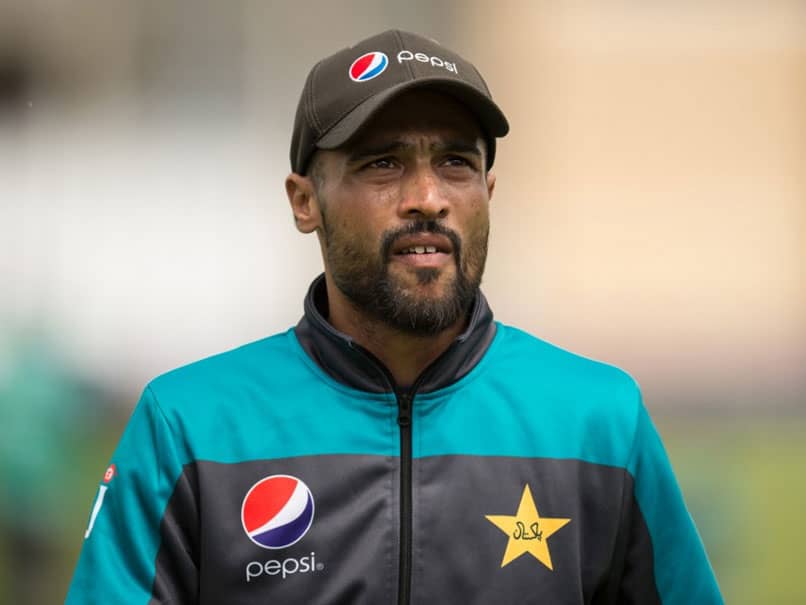 Mohammad Amir withdrew himself from the Pakistan squad to attend the birth of his child.© AFP

Fast bowler Mohammad Amir and batsman Haris Sohail have withdrawn from Pakistan's England tour, citing personal reasons, the Pakistan Cricket Board said Thursday. Pakistan are due to play three Tests and three Twenty20 internationals starting in August, with hosts England providing "bio-secure" arrangements in closed stadiums and hotels. "Amir has withdrawn so that he can be at the birth of his second child in August, while Sohail will miss the tour because of family reasons," the Pakistan Cricket Board (PCB) said in a statement.

Pakistan media reported Sohail does not travel without his family, and they are not allowed on this tour.

The England and Wales Cricket Board have provided special arrangements to reduce the risk of the coronavirus for their series against the West Indies -- preceding Pakistan's matches -- with hotels inside venues at both Manchester and Southampton.

Pakistan will send 28 players and 14 support personnel on the tour.

The West Indies team reached England on Tuesday and will play the first of three Tests in Southampton from July 8.

Haris Sohail Cricket
Get the latest updates on India vs Australia Series, check out the India vs Australia Schedule for 2020-21 and Ind vs Aus live score . Like us on Facebook or follow us on Twitter for more sports updates. You can also download the NDTV Cricket app for Android or iOS.