Michael Vaughan Says Only India Can Beat Australia In Their Home

Australia hammered Pakistan 2-0 to sweep the Test series and continue their domination at home, something which India have the tools to challenge, feels Michael Vaughan. 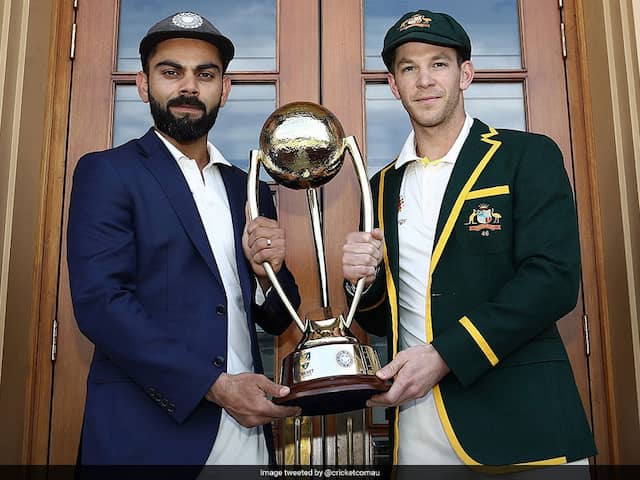 India won their first ever Test series in Australia in January this year.© Twitter

Former England captain Michael Vaughan believes that only India are good enough to beat Australia on their soil. Australia on Monday completed a 2-0 series sweep as they beat Pakistan by an innings and 48 runs in the day-night Test in Adelaide, powered by performances from David Warner, Marnus Labuschagne, Mitchell Starc and Nathan Lyon. Impressed by their domination of Pakistan, Vaughan tweeted "This Australian Team in these conditions are going to take some beating ... Only @BCCI #India have the tools to do so at this stage imo".

This Australian Team in these conditions are going to take some beating ... Only @BCCI #India have the tools to do so at this stage imo ... #AUSvPAK

Australia's series win sees them close the gap on India in the World Test Championship table. While India are table-toppers, with a perfect record and 360 points, Australia are second with 176 points.

After retaining the Ashes with a 2-2 series draw in England, Australia began their home summer with the series whitewash against Pakistan.

Australia registered innings wins in both the matches, with David Warner and Marnus Labuschagne dominating an inexperienced Pakistan bowling attack.

At the Adelaide Oval, Labuschagne scored his second Test century but it was Warner who stole the show with a triple-century. Mitchell Starc picked six wickets in Australia's first innings and after they enforced the follow-on, Nathan Lyon got a five-wicket haul to give Australia the match and the series.

Australia's next assignment is when they take on New Zealand in a three-match series at home.

India, who won their first ever Test series Down Under this January, have been in emphatic form. Virat Kohli has led India to seven consecutive wins in the longest format of the game, with the last four all being innings wins - a world record.

India's next Test series in Australia is scheduled late in 2020.

Australia Cricket Team Michael Vaughan Cricket
Get the latest Cricket news, check out the India cricket schedule, Cricket live score . Like us on Facebook or follow us on Twitter for more sports updates. You can also download the NDTV Cricket app for Android or iOS.
Advertisement