This was Kevin O'Brien's first century for Ireland since he made the fastest-ever World Cup hundred by any batsman, off 50 balls, against England at Bangalore in 2011. 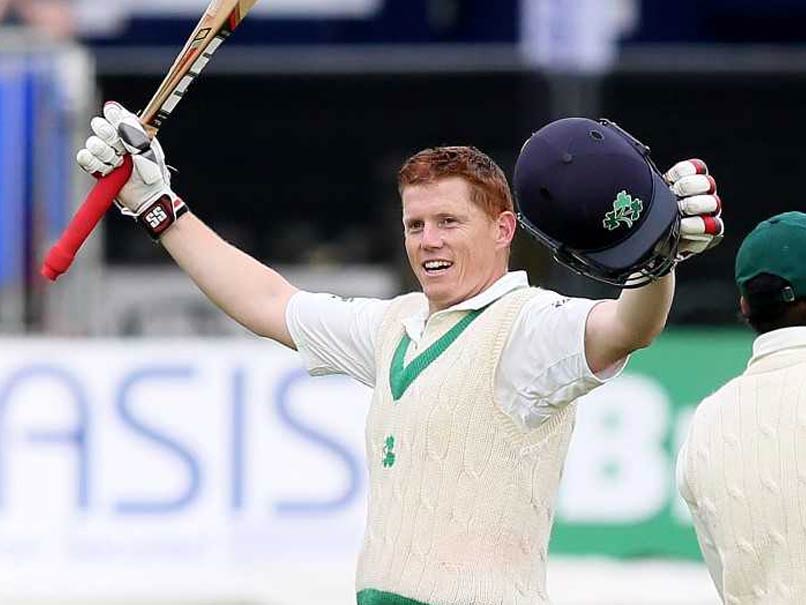 Kevin O'Brien hit Ireland's first Test hundred when he reached three figures against Pakistan on the fourth day of their inaugural Test match amid emotional scenes at Malahide on Monday. A two off left-arm quick Mohammad Amir saw O'Brien to his hundred in 186 balls, including 10 fours -- a shot greeted with cheers from a crowd of several hundred. It was the 34-year-old O'Brien's first century for Ireland since he made the fastest-ever World Cup hundred by any batsman, off 50 balls, against England at Bangalore in 2011.

Ireland, made to follow-on, were in danger of a heavy defeat when O'Brien, who top-scored with 40 in their first-innings 130, walked in at 95 for four on Monday. But he retained his composure to complete a fifty off 100 balls -- the exact reverse of the figures in his record-breaking feat in India seven years ago.

Ireland batsman to make a Test fifty -- in a seventh-wicket stand of 114 that denied Pakistan an innings win in this one-off match.

When Thompson was bowled by leg-spinner Shadab Khan for 53, Ireland were 271 for seven.

Tyrone Kane extended Ireland's lead to three figures and gave them a chance, admittedly an outside one, of becoming just the fourth side in the 141 years of Test history to win a match after following-on.

Comments
Topics mentioned in this article
Ireland Cricket Team Pakistan Cricket Team Cricket
Get the latest updates on SA vs IND 2021-22, check out the Schedule and Live Score . Like us on Facebook or follow us on Twitter for more sports updates. You can also download the NDTV Cricket app for Android or iOS.