Rohit Paudel took a sensational catch on the boundary line to dismiss Oman's centurion Jatinder Singh even as Nepal lost the ODI by 5 wickets. 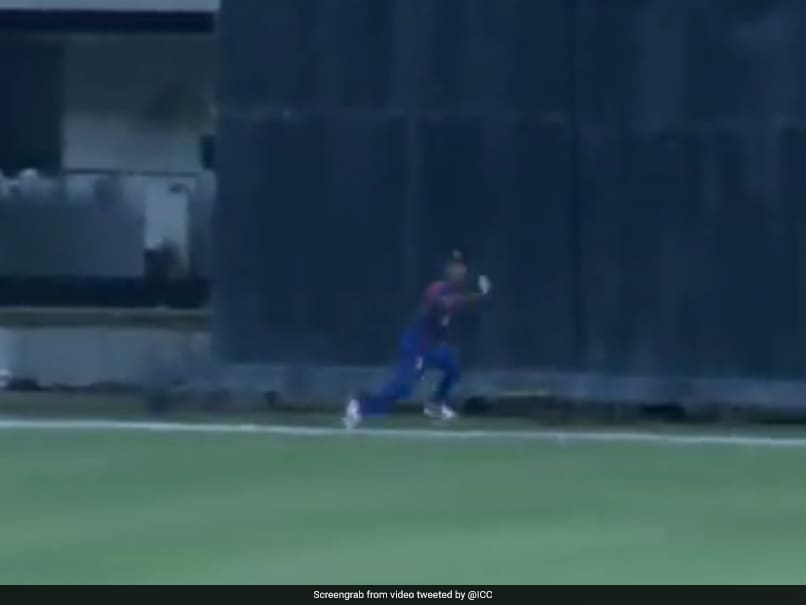 Nepal cricketer Rohit Paudel took a spectacular one-handed catch at the boundary line on Tuesday to dismiss Oman's Jatinder Singh during the second One-Day International (ODI) match of six-match tri-series that also features the United States. The series between the three nations is a part of the International Cricket Council's Cricket World Cup League Two. Chasing 197 runs to win, Oman looked in complete control of the match as their opener, Jatinder, gave them a flying start by smashing a brilliant century. He reached 100 in just 60 balls.

However, he was not able to score the winning runs for his side as he got out after reaching the three-digit mark, courtesy the sensational catch by Paudel near the boundary ropes in the 25th over of the match.

The video of Paudel's splendid catch was also shared by the ICC on its official Twitter handle.

Watch the Men's CWC League 2 match live on https://t.co/CPDKNxoJ9v and @FanCode (in the sub-continent) pic.twitter.com/m6ZxYIPiya

In the short clip, Paudel could be seen racing towards the ball. As he inched closer, he jumped in the air and threw his hand up to grab the ball. However, he also used his presence of mind to release the ball just in the nick of time, as his momentum carried him across the boundary line. After regaining his balance, he came back inside the field to complete an extraordinary catch.

The clip has been viewed over 25k times and has got over 1.8k likes.

However, it was too late for Nepal by the time Jatinder was dismissed, as Oman easily won the match by five wickets and 19 overs to spare.

With this win, Oman has also consolidated their positing at the top of the Cricket World Cup League Two table with 18 points from 11 games.

Oman Rohit Paudel Cricket
Get the latest updates on ICC T20 Worldcup 2022, check out the Schedule and Live Score. Like us on Facebook or follow us on Twitter for more sports updates. You can also download the NDTV Cricket app for Android or iOS.