New Zealand vs Australia: Australia set a new world record for the most consecutive wins in ODIs in both men's and women's cricket. 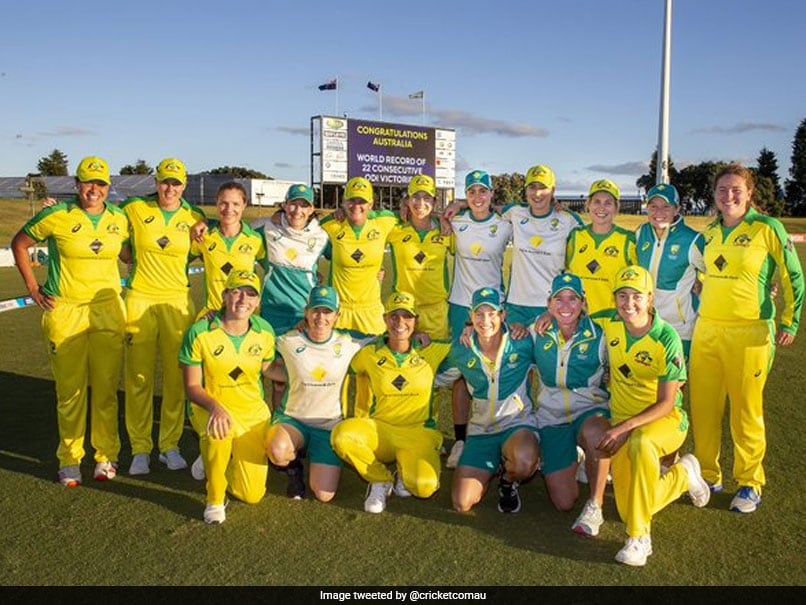 Australia Women set a new world record in international cricket on Sunday after beating New Zealand Women by six wickets in the first ODI at the Bay Oval in Mount Maunganui. Thanks to the win, Australia broke the all-time record for the most consecutive wins in One-Day Internationals (ODI), going past Ricky Ponting's Australian men's team of 2003. The victory against New Zealand was Australia's 22nd on the trot. The last time the Australian women's cricket team lost in ODIs was way back in October 2017.

A record-breaking 22 straight ODI wins for the all-conquering @AusWomenCricket team as they defeat NZ by six wickets at Bay Oval.

In 2003, Ricky Ponting-led Australia had won 21 consecutive matches in ODIs.

On Sunday in Mount Maunganui, New Zealand Women set Australia a target of 213 being put into bat.

Opener Lauren Down top-scored for the hosts with a 134-ball 90. Captain Amy Satterthwaite and Amelia Kerr chipped in with 32 and 33 runs, respectively as New Zealand reached 159/2 in 37 overs.

However, after Kerr's departure, New Zealand suffered a dramatic collapse and were bowled out for 212 in 48.5 overs.

Megan Schutt was the pick of the Australian bowlers, taking four wickets and giving away just 32 runs off her nine overs.

Australia didn't have the best of starts to their chase with Rachael Haynes (14) and skipper Meg Lanning (5) falling cheaply. Alyssa Healy, though, struck a 68-ball 65 to put the visitors in a strong position.

Ellyse Perry hit a patient 56 not out while Ashleigh Gardner smashed three sixes and as many fours in her unbeaten knock of 53 off 41 balls as Australia overhauled the target in just 38.3 overs.

Australia Cricket Team Meg Lanning Ricky Ponting Ellyse Perry Alyssa Healy Cricket
Get the latest updates on ICC T20 Worldcup 2022, check out the Schedule and Live Score. Like us on Facebook or follow us on Twitter for more sports updates. You can also download the NDTV Cricket app for Android or iOS.