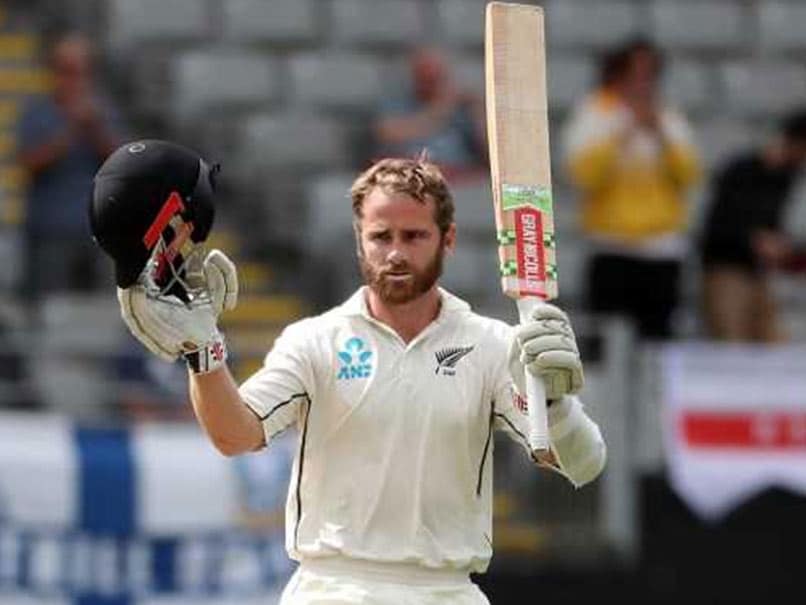 Kane Williamson smashed a brilliant century, 18th of his international Test career, to become New Zealand's most prolific century-maker. The hosts continued to dominate, increasing their lead on Day 2 of the first Test against England at Eden Park in Auckland on Friday. The Black Caps captain reached his record ton with a single off English pacer James Anderson through gully. The 27-year-old started the day 2 on 91 and showed little nerves in reaching his century as New Zealand batsmen continued to pile the pressure on England, who were bowled out for a paltry 58 in their first innings.

Williamson's century an emotional milestone for us @BLACKCAPS fans but one feels just a stepping stone for our greatest.

New Zealand's progress was briefly halted by rain soon after Williamson reached his 100. An early lunch was taken with 50 minutes of play being lost to rain. Four overs after the tea break, Williamson's stay came to an end.

The right-hander failed to kick on after his century and trapped in front of the stumps by Anderson on 102.

Occasional showers are forecast throughout the afternoon in Auckland.

Williamson, who scored his first Test century on debut -- 131 against India at Ahmedabad in 2010 -- shared the previous New Zealand record of 17 with Ross Taylor and the late Martin Crowe.

The world record for Test centuries is held by the now-retired Indian master Sachin Tendulkar with 51.

Comments
Topics mentioned in this article
New Zealand Cricket Team England Cricket Team Kane Williamson Ross Taylor Martin David Crowe Cricket
Get the latest updates on Fifa Worldcup 2022 and check out  Fifa World Cup Schedule, Stats and Live Cricket Score. Like us on Facebook or follow us on Twitter for more sports updates. You can also download the NDTV Cricket app for Android or iOS.