Mitchell McClenaghan shut down a troll who was getting a little too cheeky on Twitter. 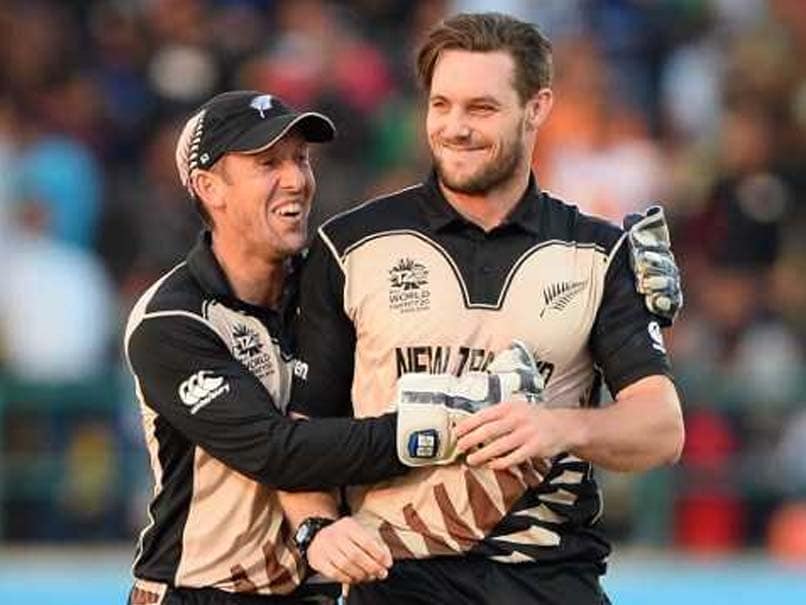 Mitchell McClenaghan shut down a Twitter troll with a savage reply.© AFP

Mild mannered on the field, off it some New Zealand cricketers boast of savage trolling skills, especially on social media. Jimmy Neesham in the past has gone to town when a troll has tried to mock him, and now his sarcasm and savagery is the stuff of legends on Twitter. Another New Zealand cricketer who is quite active on the social media platform is Mitchell McClenaghan. Just going by his Twitter handle, which reads @Mitch_Savage, trolls should be on red alert and try to stay away but some still try their luck and end up paying the price.

In one such instance on Monday, an Indian user, who by his own admission is a "big fan of Virat Kohli", tried to get cheeky with the New Zealander. McClenaghan put out a tribute post, praising Craig Cachopa, who called time on his domestic career.

One of the greatest blokes I've had the pleasure to share the park with and call a dear friend. So sad your leaving

Your leadership and ability to bring a team together even in the darkest of times is second to none and will be sorely missed. Cheers to you @CraigCachopa https://t.co/9fU5TvKHi2

Taking the opportunity, Anil Bilur thought he would try to get one up on McClenaghan by asking him, "When are you retiring?"

When are you retiring ?

Bilur must have regretted he asked the question immediately after reading McClenaghan's reply.

"When you can grow a proper moustache," wrote the New Zealand pacer followed by laughing emojis.

When you can grow a proper moustachehttps://t.co/3pH655WQj7

The comments section was abuzz with fans hailing McClenaghan and saluting his wit.

u and savage replies are never ending love stories

Cricket is currently at a complete standstill due to the coronavirus pandemic. All bilateral international series are on hold with big domestic tournaments like the Indian Premier League also facing the brunt of the outbreak.

The lucrative T20 tournament's 2020 edition, which had already been postponed to April 15, could even be cancelled or postponed further with the country in a 21-day national lockdown.

James Neesham Cricket
Get the latest updates on IPL Auction 2023 and check out  IPL 2023 and Live Cricket Score. Like us on Facebook or follow us on Twitter for more sports updates. You can also download the NDTV Cricket app for Android or iOS.