Dewald Brevis reached the 50-run mark in 18 balls, before getting to the triple-figure mark in just 35 balls 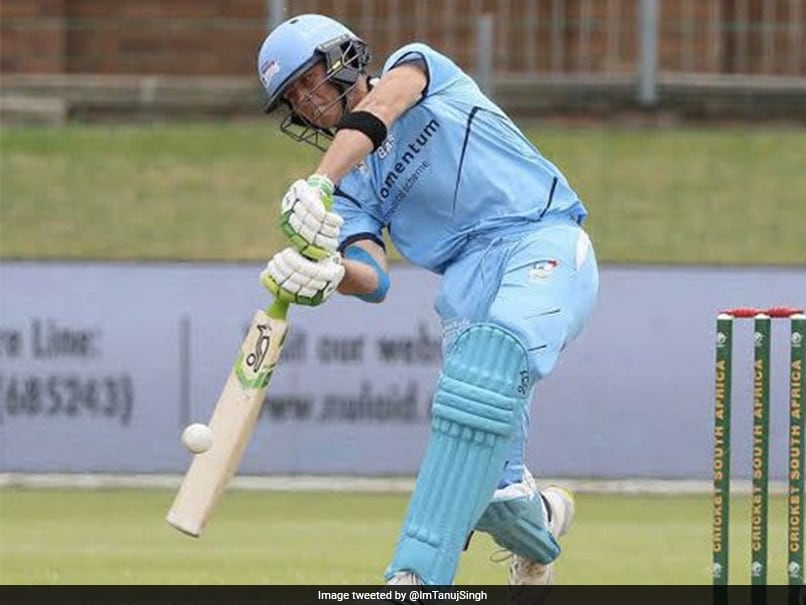 Dewald Brevis hit 13 fours and 13 sixes before getting dismissed in the 20th over.© Twitter

When five-time Indian Premier League (IPL) champions Mumbai Indians picked South African youngster Dewald Brevis for a hefty sum of INR 3 crore at the mega-auction, one wondered whether it was a big risk or not, considering he was just a teenager with no prior experience in the franchise league. In seven games in IPL 2022, he scored 161 at a strike-rate 142.48. Often referred to as 'Baby AB' for his shot-making abilities, Brevis is proving why he deserved that big bid price. In a CSA T20 Challenge match on Monday, the 19-year-old Brevis scored 162 runs off just 57 deliveries for Titans against ITEC Knights at the JB Marks Oval. This is the third highest individual score in T20s.

Brevis reached the 50-run mark in 18 balls, before getting to the triple-figure mark in just 35 balls. He hit 13 fours and 13 sixes before getting dismissed in the 20th over. Courtesy his knock, Titans finished on 271/3 - the highest team score in the CSA T20 Challenge.

Earlier, Brevis talked about getting a chance to play for Mumbai Indians. "As a player I couldn't have asked for a better captain," Brevis told NDTV in an exclusive interview when asked about Rohit Sharma's leadership.

"He backed me and supported me as a young player. He allowed me to be myself and go out there and enjoy the game," the 19-year-old elaborated.

"He is a captain that wants the best out of everybody. I think he is a great leader on and off the field. There is so much to learn from his captaincy and knowledge of the game. He is an exceptional captain," Brevis said.

He was also all praise for the environment created by Mumbai Indians. "The MI team atmosphere was amazing on and off the field. There was always lots of fun, laughter and bonding between everyone in the MI family. It is such a great honour for me to be part of MI," he said.

"MI made me feel part of the family. I felt so welcome and comfortable in this team. I could be myself in front of everyone," he added.

Mumbai Indians Dewald Brevis Cricket
Get the latest updates on IPL Auction 2023 and check out  IPL 2023 and Live Cricket Score. Like us on Facebook or follow us on Twitter for more sports updates. You can also download the NDTV Cricket app for Android or iOS.