Jasprit Bumrah was not present at the Diwali party hosted by Mukesh Ambani and his wife Nita for the Mumbai Indians, which led to one fan asking if he was moving to RCB. 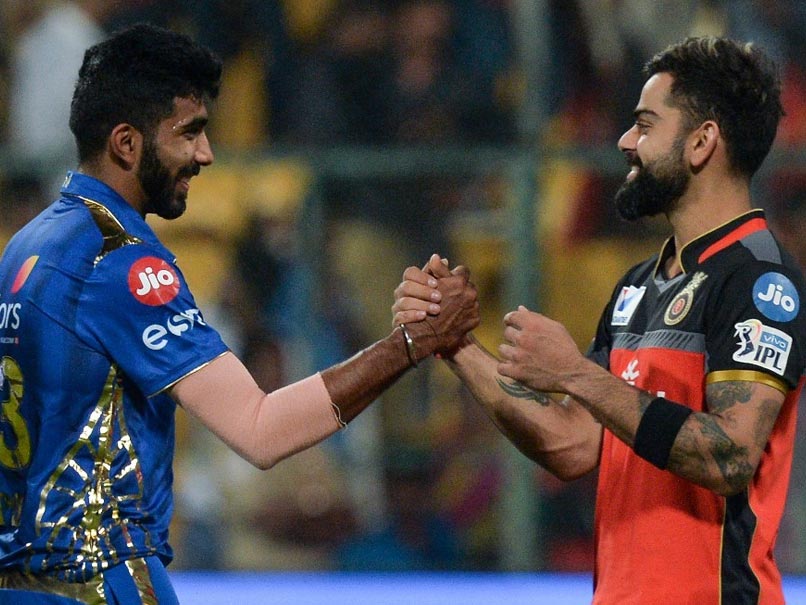 Mumbai Indians came up with a brilliant reply to a fan who asked if Bumrah was moving to RCB.© AFP

Mukesh Ambani and his wife Nita hosted a grand Diwali party for their Indian Premier League (IPL) team Mumbai Indians. Stars like captain Rohit Sharma, Yuvraj Singh, the Pandya brothers (Hardik and Krunal), coach Mahela Jayawardena among others graced the occasion. The pictures from the glitzy event were posted on the Mumbai Indians official Twitter handle and quickly went viral on other social media platforms as well. However, there were a couple notable absentees -- mentor Sachin Tendulkar and fast bowling sensation Jasprit Bumrah -- and fans were quick to point that out.

One fan even went as far as saying that he thought Bumrah was changing allegiances and moving to Virat Kohli's Royal Challengers Bangalore.

Where is Bumrah?
i think he is changing to RCB?

Incredibly, the Mumbai Indians Twitter handle decided to reply to the fan.

They posted a GIF of captain Rohit Sharma, gesturing and the words "STAY CALM" emblazoned on it.

Jasprit Bumrah has been one of the best bowlers in the international circuit in the last few years.

Ever since he made his international debut in January 2016, Bumrah has only risen up the ranks, becoming one of the most integral parts of Team India across all three formats.

The fast bowler is currently out of the Indian team as he is recovering from a stress fracture in his lower back. He missed India's dominating clean sweep in the Test series but bowling coach Bharat Arun revealed that Bumrah doesn't not need a surgery to overcome his back problem.

Arun also revealed that Bumrah's recovery is on the right path and hopes for him to return to the side before their "next big challenge" - away Test series in New Zealand.

India, however, will be in action next month when they host Bangladesh for three-match T20I and a two-match Test series.