A picture of MS Dhoni with his daughter Ziva, where the former India captain is seen sporting a new look, has gone viral. 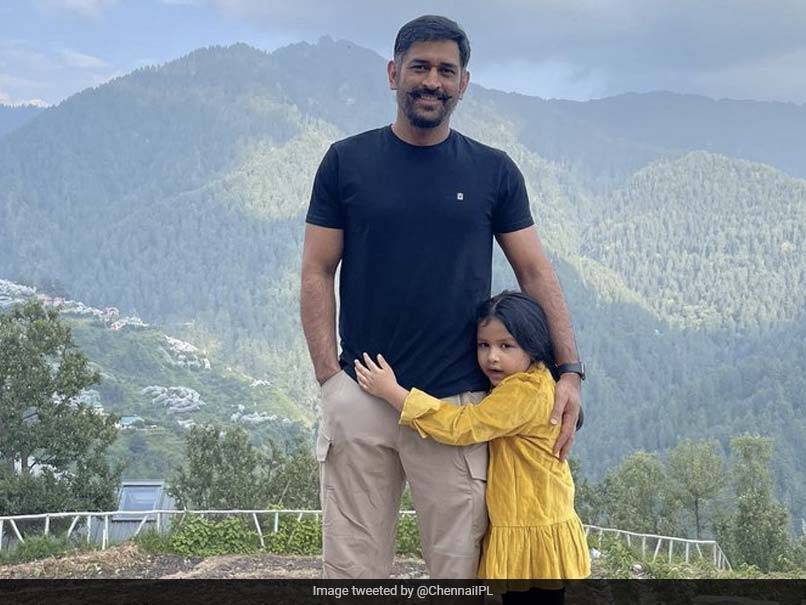 MS Dhoni is on a family trip to the hills.© Twitter

Former India captain MS Dhoni prefers to not be very active on social media, and since Indian Premier League (IPL) 2021 was suspended mid-way through the season, fans have been wanting to catch a glimpse of him. So it's no surprise that when his IPL franchise Chennai Super Kings (CSK) shared a picture of Dhoni with his daughter Ziva, where he can be seen flaunting a new look, fans went into a frenzy on social media. In the scenic picture from a family vacation that Dhoni is taking, the World Cup-winning captain is seen sporting a moustache, which his followers were thrilled to see.

"Just look at those moustache," one user wrote.

"Waah #Bapu ur Mustache," another tweeted.

"Cutest father and daughter," wrote another.

Dhoni had led CSK to second in the points table when IPL 2021 was abruptly halted due to a rise in COVID-19 cases.

The season will be completed in the United Arab Emirates -- where it was held last year -- between September-October.