MS Dhoni took no time in assuming driver duties for his India teammates. 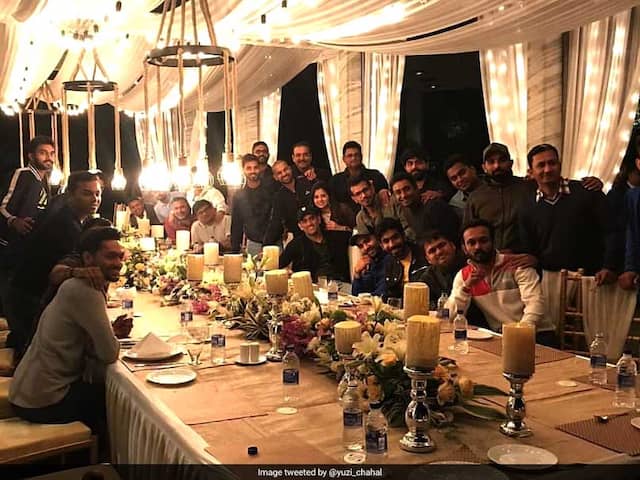 MS Dhoni and his wife Sakshi hosted the members of Team India for dinner at their swanky farmhouse.© Twitter

MS Dhoni's hometown Ranchi will be hosting the third One-day International (ODI) of the ongoing five-match series between India and Australia on Friday. As the Indian team arrived in the land of MS Dhoni, the former captain took over the driver duties for his teammates. In a video posted by the Board of Control for Cricket in India (BCCI) on Instagram, MS Dhoni was captured getting ready to drive some of his teammates in one of his many cars as soon as they stepped out of the airport upon arrival in Ranchi.

Later in the day, MS Dhoni and his wife Sakshi hosted the members of Team India for dinner at their swanky farmhouse in Jharkhand's capital city.

Yuzvendra Chahal took to Twitter and posted a picture from the fancy dinner. "Thank you for last night @msdhoni bhai and @SaakshiSRawat bhabhi," read the caption.

On Wednesday, Dhoni received a hero's welcome at the airport in Ranchi.

During the first ODI of the series in Hyderabad, Dhoni became only the fourth Indian batsman to score over 13,000 runs in List A cricket.

He joined an elite club, which comprises of Sachin Tendulkar, Sourav Ganguly and Rahul Dravid.

Moreover, Dhoni was involved in an unbeaten 141-run partnership with Kedar Jadhav that powered India to a six-wicket victory.

The 37-year-old also became the leading six-hitter in ODIs for India toppling Rohit Sharma. Dhoni hit his 216th six on Saturday to achieve the milestone.

As far as the series is concerned, with victories in Hyderabad and Nagpur, hosts India lead the five-match rubber 2-0.