MS Dhoni Still Has The Skill, It's On Him When To Retire, Says Shane Watson

Shane Watson said that MS Dhoni still has the skill to do well at the international level and he knows what lies ahead in terms of his future in Indian cricket. 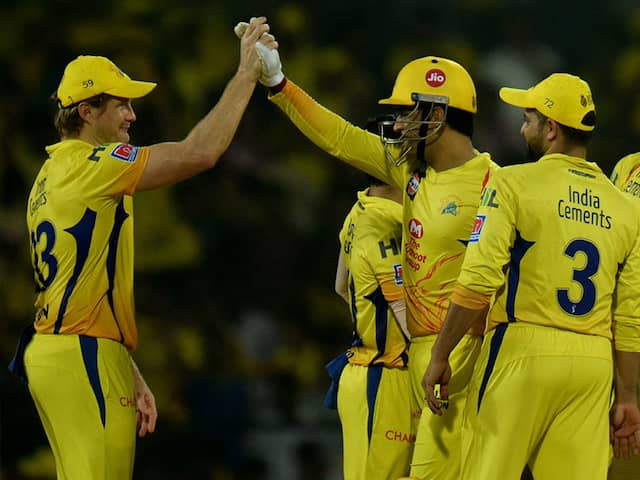 MS Dhoni has been away from cricket after India's loss against New Zealand in the World Cup 2019 semi-final. MS Dhoni took a sabbatical from cricket to serve time with the Indian army and missed India's tour of the West Indies. Rumors started to spread regarding MS Dhoni's retirement, which were later cleared by national chief selector, MSK Prasad. Cricket pundits were critical of former Indian captain's strike rate during the marquee tournament, however, Dhoni's teammate from his Indian Premier League (IPL) franchise, Chennai Super Kings, Shane Watson feels that the wicketkeeper-batsman can still contribute to Team India's success.

"He has still got the skill. But it is down to him to decide. He still moves incredibly well, runs hard between the wickets and has beautiful hands. Whatever he does, it will be the right thing because he knows what lies ahead," Watson told reporters on Monday.

Watson further lavished praise on current Indian skipper Virat Kohli and said that the 30-year-old is doing a great job with the team.

"He (Kohli) has done a great job with the Indian team. He has been playing so well in all formats. Whatever he is doing right now is certainly working and the team is responding to his leadership," Watson added.

On Sunday, India broke Australia's record of most consecutive Test series wins at home. The former Australia all-rounder was asked whether India could replicate the dominance, to which he replied that there is no reason why India can't.

"It is going to be hard to replicate..but there is no reason why India can't do it," Watson said.

Watson also elucidated that India has got a lot of depth in all departments and they can register victories away from home as well.