The rumour mills about MS Dhoni's retirement were on overdrive on Thursday before responses from Sakshi Dhoni, Chennai Super Kings and others set them at rest. 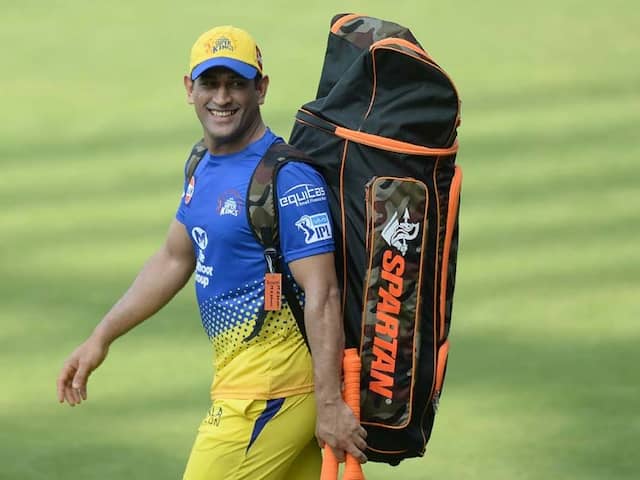 Virat Kohli Twitter's post on Thursday, in which he recalled MS Dhoni's exploits in the T20 World Cup in 2016, led to an avalanche of rumours bearing down on users on various social media platforms. The rumour mills went into overdrive regarding the possibility of the former India captain calling a press conference on Thursday to announce his retirement. While chief selector MSK Prasad and Sakshi Dhoni made it abundantly clear that nothing of the sort was happening, Chennai Super Kings' official Twitter handle found a novel way to tackle the matter.

With MS Dhoni's retirement talk gaining momentum of Twitter, CSK took a leaf of out Game of Thrones character Arya Stark's book to quell the speculation. Despite not making a direct mention of Dhoni, CSK tweeted: "Not 7oday" -- the number seven denoting MS Dhoni's jersey number.

While some fans were left scratching their heads, others were quick to appreciate CSK's creative genius.

Is this Arya Stark's #NotToday?

What is 7oday
Does this relate to #Dhoni #DhoniInBillionHearts

GoT reference to GOAT... Super admin..

As usual savage level is too damn high#DhoniInBillionHearts

Sakshi Dhoni had posted three words on Twitter to put an end to all conjectures about Dhoni's retirement.

"No update on MS Dhoni's retirement, the news is incorrect," MSK Prasad told media after announcing India's Test squad for the three-match series against South Africa.

India are all set to host South Africa for a three-match Twenty20 International (T20I) series starting on Sunday, followed by the Test series.