A video of MS Dhoni, in uniform, singing to a gathering of soldiers has been doing the circles on social media and sections of the press. Here is the truth behind the video. 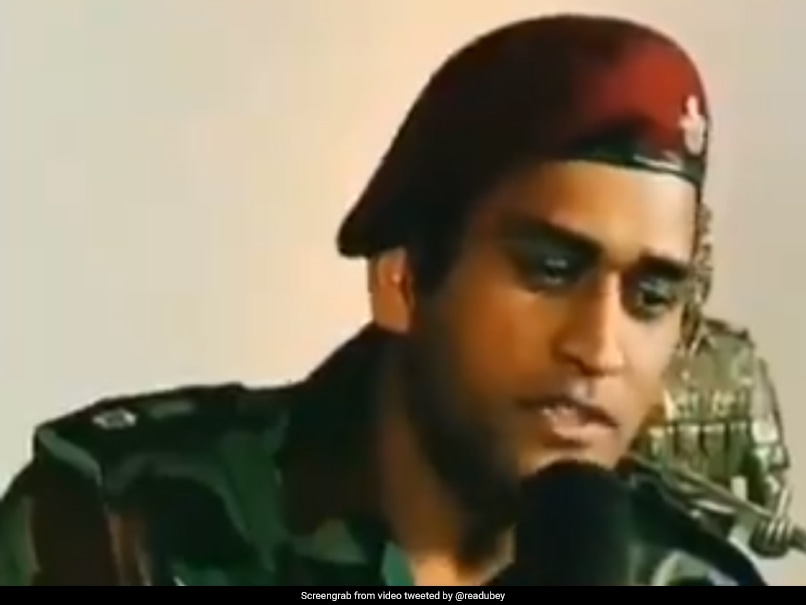 MS Dhoni sang to a gathering of soldiers in 2014.© Twitter

MS Dhoni has made a lot of headlines off late by option to go for training with a Territorial Army battalion instead of going for India's tour of the West Indies. MS Dhoni has been lauded on all platforms and followed closely as he joined his unit in the Kashmir Valley. A video of him playing volleyball had also cropped up earlier and now there is another video that shows MS Dhoni singing to a gathering of soldiers.

Fact check: The video is from a programme on the Aaj Tak television channel in 2014 to mark Republic Day.

There had been a lot of conjecture about MS Dhoni's retirement after World Cup 2019 but neither the former India captain nor the cricket board has not said anything on that.

The veteran wicketkeeper-batsman has taken a two-month break from the Indian team and was therefore not included in the squad for the ongoing West Indies tour. Virat Kohli and boys have taken a 2-0 lead in the three match T20I series with the last game set to be played on Tuesday.