A video surfaced on social media in which the former India skipper can be seen playing volleyball with members of his Territorial Army battalion. 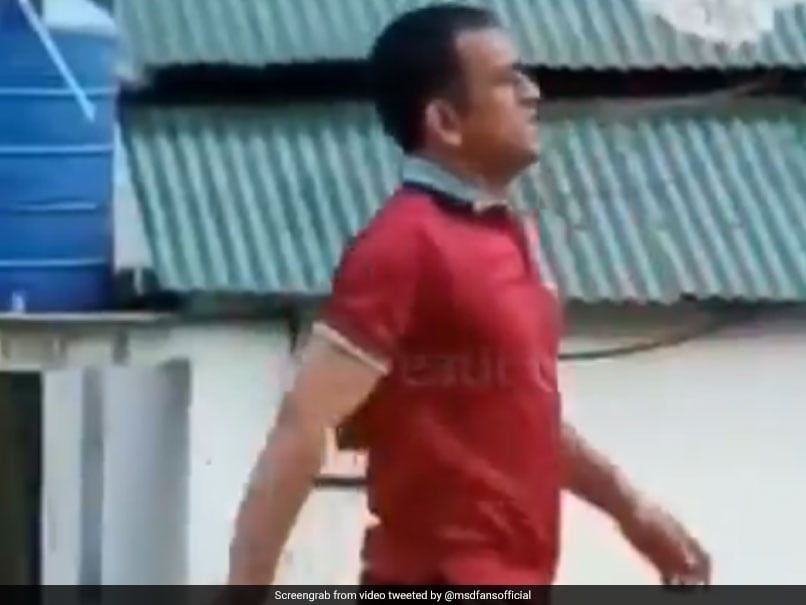 MS Dhoni is currently serving with his unit in Jammu and Kashmir.© Twitter

MS Dhoni, who is also a Lieutenant Colonel (Honorary) in the Parachute Regiment of the Territorial Army, is currently serving with his unit in Jammu and Kashmir. A video surfaced on social media in which the former India skipper can be seen playing volleyball with members of his Territorial Army battalion. Earlier, a picture of MS Dhoni signing a cricket bat in army uniform had gone viralon social media. MS Dhoni will be with the unit in the Kashmir Valley as a part of Victor Force until August 15. It was also made clear that as requested by the officer and approved by Army Headquarters, MS Dhoni is taking on the duties of patrolling, guard and post duty.

MS Dhoni has taken a two-month sabbatical from cricket to serve his unit.

In 2015, Dhoni became a qualified paratrooper after having completed five parachute training jumps from Indian Army aircraft at the Agra training camp.

There were speculations over Dhoni's retirement after India were knocked out of the Cricket World Cup after losing to New Zealand in the semi-final.

The Board of Control for Cricket in India (BCCI) chairman of selectors MSK Prasad clarified that Dhoni isn't hanging up his boots just yet. However Rishabh Pant has been included as the first choice keeper for the squads named for the various series in the West Indies.

Sources have told NDTV that he is expected to turn up for India in the T20Is vs New Zealand and South Africa in February 2020 and even play the IPL next year.