MS Dhoni is currently serving with a Territorial Army battalion in Kashmir. 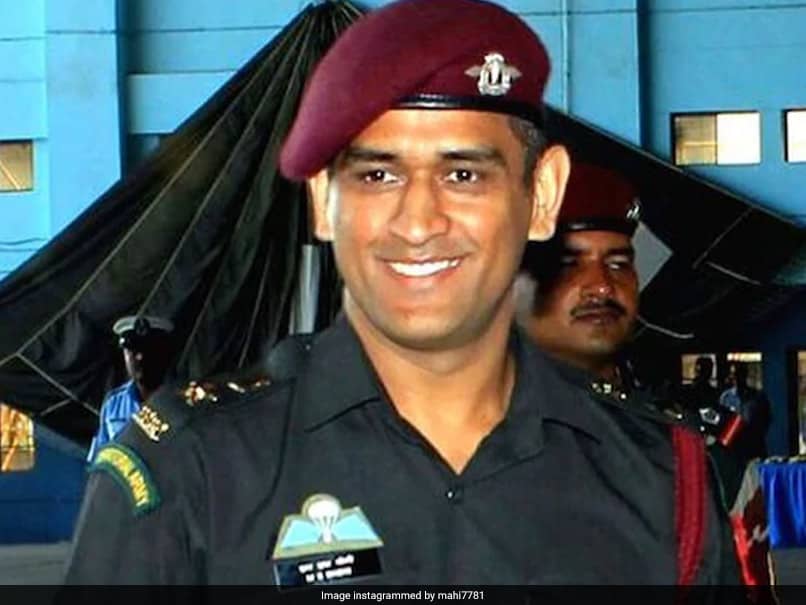 MS Dhoni, the former India captain, is currently serving with the Indian Army in Kashmir. Dhoni took a two-month sabbatical from cricket to serve the 106 Territorial Army Battalion (Para) for two weeks. The 38-year-old wicketkeeper batsman started his stint with the Kashmir unit on Tuesday. A picture of MS Dhoni signing a cricket bat in army uniform has gone viral on social media. Dhoni's unit is deployed in south Kashmir region as part of Victor Force and the cricketer is expected to be with them till August 15. Earlier, images of Dhoni, who holds the honorary rank of Lieutenant Colonel, travelling to Srinagar with one of his managers in a flight was also widely circulated across various social media platforms.

"Lt. Col Dhoni arrived here today and has joined his unit," one of the officials had said on Tuesday.

Earlier, Army Chief Gen. Bipin Rawat had said that Dhoni had completed his basic training and expressed faith that the cricketer would perform all his duties.

"When a citizen of India wants to don the military uniform then he has to be prepared to fulfill the task for which the uniform has been assigned to him. MS Dhoni has carried out his basic training and we know that he will be able to accomplish the task," Rawat had said.