India skipper Virat Kohli took to Twitter to post a special message for Dale Steyn, calling him "a true champion of the game". 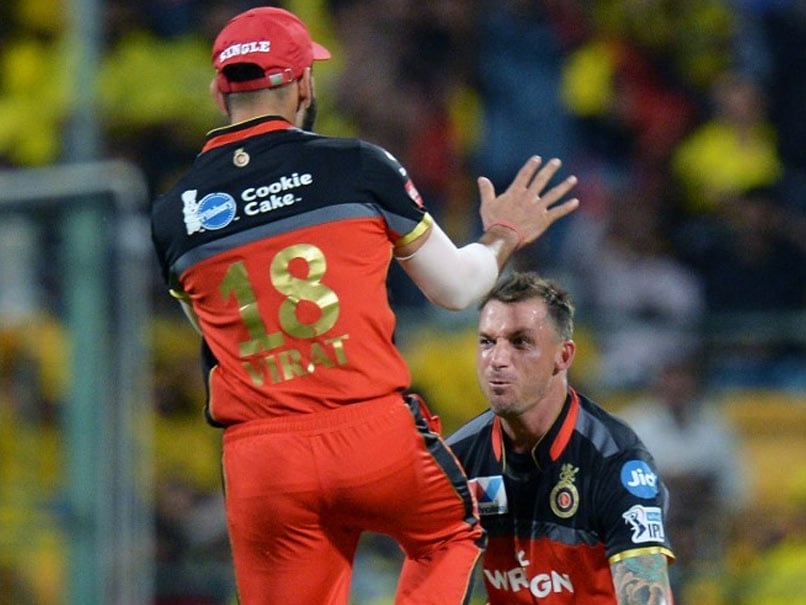 Dale Steyn, South Africa fast bowler, announced his retirement from Test cricket on Monday in a bid to extend his longevity in the shorter forms of the game. Following the announcement, wishes poured in on social media from all over the globe. India skipper Virat Kohli too took to Twitter to post a special message for Dale Steyn, calling him "a true champion of the game". Dale Steyn spent his first three seasons in the Indian Premier League (IPL) playing along side Virat Kohli in Royal Challengers Bangalore and after spells with Deccan Chargers, SunRisers Hyderabad and Gujarat Lions, South Africa's highest Test wicket-taker once again joined RCB for the 2019 IPL season, replacing the injured Nathan Coulter-Nile.

"A true champion of the game. Happy retirement to the pace machine," tweeted Virat Kohli.

A true champion of the game.
Happy retirement to the pace machine @DaleSteyn62

After making his red-ball debut against England in 2004, the 36-old bowler went on to play 93 matches for South Africa, picking up 439 wickets at an astonishing average of 22.95.

"Today I walk away from a format of the game I love so much," said the 36-year-old Steyn, his country's leading Test wicket-taker of all time and one of the top 10 in the history of the game.

"In my opinion Test cricket is the best version of this game. It tests you mentally, physically, emotionally. It's terrible to consider never playing another Test again but what's more terrifying is the thought of never playing again at all.

"So I will be focusing on ODIs and T20s for the rest of my career to maximise my full potential and ensure my longevity in this sport. I look forward to continuing to play for the Proteas in the shorter formats."

Steyn has been ravaged by injuries in recent times, cutting down his playing time drastically.

A shoulder injury ruled him out of World Cup 2019 without playing any match for South Africa, who fared way below their expectations in the showpiece event.

Just before World Cup, Steyn managed to only play two matches for Indian Premier League (IPL) franchise Royal Challengers Bangalore, after being roped-in mid season, before an inflammatory shoulder ruled him out of the rest of the tournament.

Steyn last played a Test in February against Sri Lanka and is still contracted in the white-ball form of the game for the 2019-20 season and therefore remains available for South Africa in One Day Internationals and T20Is.