MS Dhoni's photography skills sent social media into a frenzy as the former India captain shared a picture from his outstanding visit to Kanha National Park. 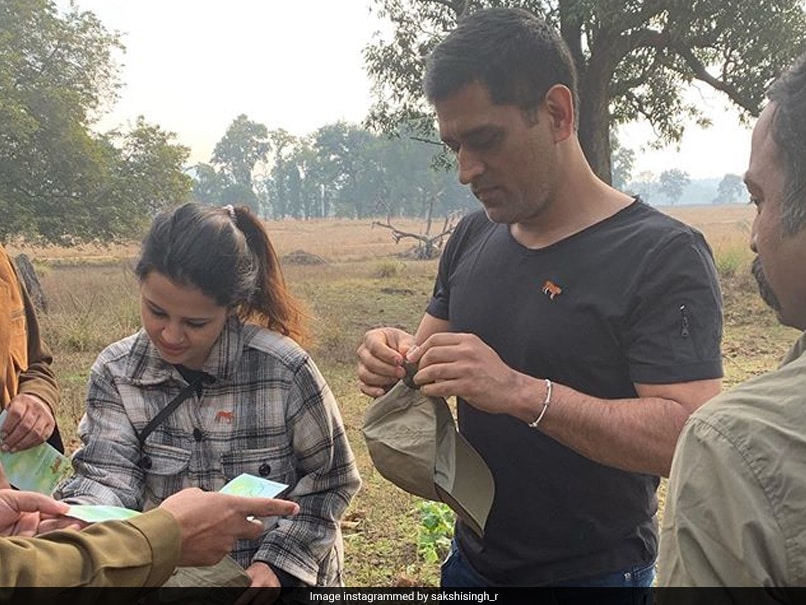 MS Dhoni, who is set to return to the cricket field next month, took to Instagram to share a picture from his recent visit to Kanha National Park on Friday. MS Dhoni and his wife Sakshi had visited the Kanha National Park in Madhya Pradesh last month. MS Dhoni described his visit to the national park as "outstanding" in his post on Instagram in which the former India captain captured a tiger. "When u spot the tiger on ur own and he obliges u with just enough time to click a few pics.Visit to kanha was outstanding," MS Dhoni captioned his post. Soon after MS Dhoni posted the picture, fans were left in awe of the 38-year-old's photography skills.

One of his fans even called MS Dhoni a tiger as the post went viral on social media. 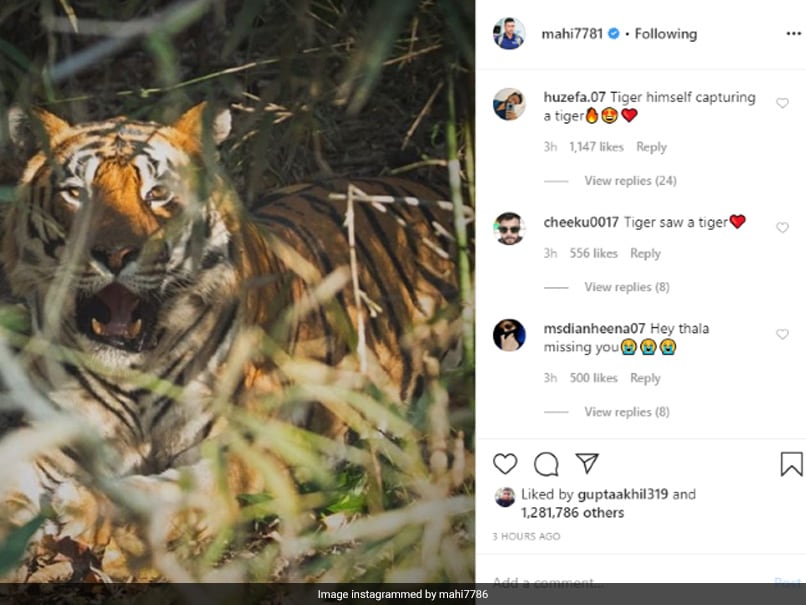 The wicketkeeper-batsman last made an appearance on social mediaduring his visit to Maldives with former India fast-bowler RP Singh and leg-spinner Piyush Chawla.

In the post that had sent Twitter into a frenzy, Dhoni was seen sevring pani puris to RP Singh and Piyush Chawla.

On January 16, the Board of Control for Cricket in India (BCCI) had dropped MS Dhoni from the annual contract list. Apart from Dhoni, Dinesh Karthik and Khaleel Ahmed had also missed out on a central contract.

Dhoni has not played competitive cricket since India's World Cup semi-final loss to New Zealand in 2019.

MS Dhoni will be back on the field next month as he is set to lead the Chennai Super Kings for the 13th edition of the Indian Premier League, starting March 29.

MS Dhoni BCCI Cricket Sakshi Dhoni
Get the latest updates on SA vs IND 2021-22, check out the Schedule and Live Score . Like us on Facebook or follow us on Twitter for more sports updates. You can also download the NDTV Cricket app for Android or iOS.