Deepak Chahar revealed that MS Dhoni is no more good at playing PubG as he has moved on to Call of Duty. 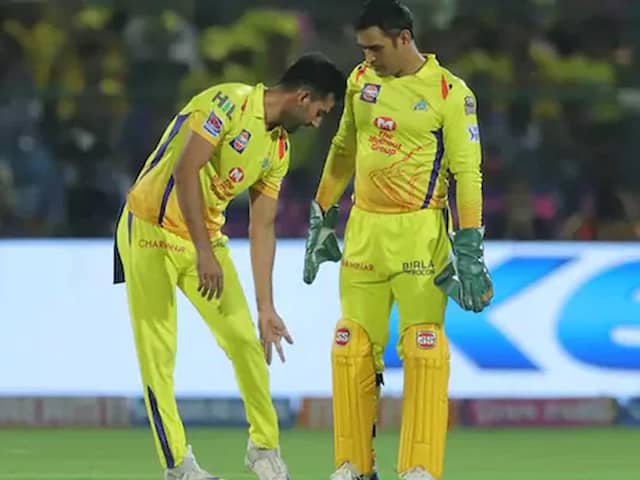 With the country under a 21-day complete lockdown, a difficulty everyone is facing these days is how to kill time, especially with all the major sporting events, including the Indian Premier League (IPL), either postponed or cancelled. While some are engaged in their hobbies, others are spending a lot of time watching movies and TV shows. In fact, playing games is also how many people love spending their time and  the fans are always curious to know which game their favourite superstars are currently trying their hands at. It was a well-known fact that MS Dhoni is among those Indian cricketers who loves playing PubG. However, that is not the case anymore as Dhoni has moved on from PubG to another popular game called Call of Duty. This was revealed by Dhoni's Chennai Super Kings (CSK) teammate Deepak Chahar.

In a video tweeted by CSK on their various social media handles, including Twitter, Chahar revealed that Dhoni is no more good at playing PubG as he has moved on to some other game.

In the inaugural episode of #AnbuDenLions, namma #Cherry got talking about playing PUBG with #Thala Dhoni and why guys love to learn the guitar! #WhistlePodu @deepak_chahar9 @RuphaRamani pic.twitter.com/xDo6SFYiLe

Chahar's response came when the anchor asked him if he still plays PubG with the former India skipper.

"Yeah, sometime back he got back to playing PubG but had lost touch. He couldn't figure out who was shooting from where. He clearly was looking out of touch," Chahar added.

Deepak Chahar came into the limelight playing for CSK in the IPL under Dhoni and made his international debut in a Twenty20 match against England in 2018.

Last year, he even registered the best-ever bowling figure in a T20I match as he picked up six wickets, conceding only seven runs against Bangladesh.

He suffered an injury that forced him out of the team at a time when he was playing some of his best cricket.

Dhoni, on the other hand, hasn't played any competitive cricket since India's semi-final loss to New Zealand in the World Cup 2019 in the United Kingdom.

He was set to return to action during the IPL but will have to wait furthermore as the tournament has been postponed till April 14 due to the coronavirus pandemic.

MS Dhoni Deepak Chahar Cricket
Get the latest Cricket news, check out the India cricket schedule, Cricket live score . Like us on Facebook or follow us on Twitter for more sports updates. You can also download the NDTV Cricket app for Android or iOS.