Deepak Chahar said that MS Dhoni has scolded him a lot on the field and that he has learnt a lot from those incidents. 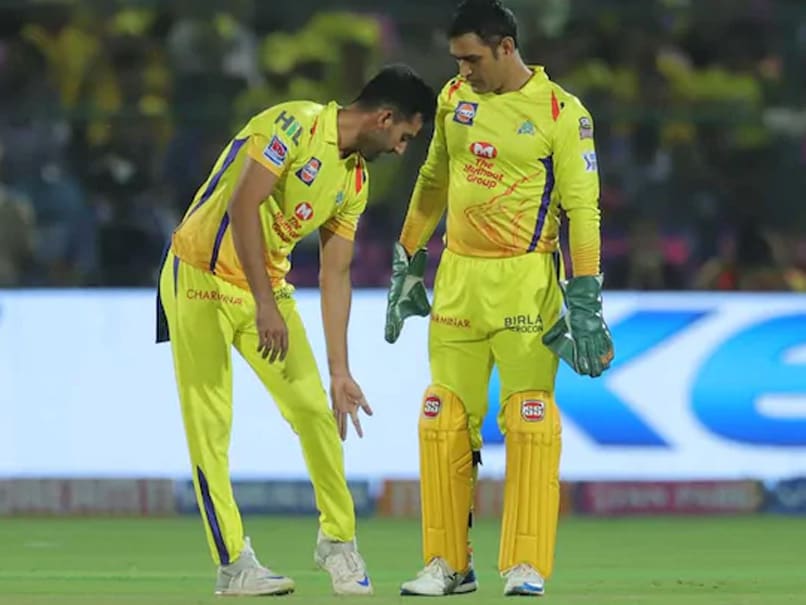 Deepak Chahar said he has learnt a lot at CSK, playing under MS Dhoni.© BCCI/IPL

MS Dhoni, former India skipper, is someone who always put his confidence in budding cricketers while he was at the helm of affairs -- be it in the national side or Indian Premier League (IPL) franchise Chennai Super Kings (CSK). One such player who has benefitted from Dhoni's backing in the IPL is Deepak Chahar. After he joined CSK in 2018, his fortunes changed for the good and he became Dhoni's premier asset. Chahar is now reaping the reward of the exposure he got in the IPL playing under Dhoni. Apart from his hard work, Chahar credits his success that he is now enjoying at the international to IPL and CSK skipper MS Dhoni.

"I want to give all the credit to the IPL. I have learnt a lot at CSK and from Dhoni bhai. How to read the body language of a batsman and then bowl accordingly," Chahar was quoted as saying by timesofindia.com.

Chahar has become the talk of the town after he took six wickets, bowling under pressure, and helped India register a 2-1 series win over Bangladesh, coming from behind. Out of his six wickets, three of them came off three consecutive deliveries, spread across two overs.

Chahar made his IPL debut for CSK last year in 2018 and since then has gone on to become Dhoni's premier asset, especially in the powerplay.

"He (Dhoni) has scolded me a lot also on the field. I have learnt a lot from those incidents too," said Chahar.

"He will observe you from behind the wickets. It has happened quite often, when he has told me a couple of things before bowling a delivery and I have ended up taking a wicket," Chahar explained how Dhoni helped him improve.

When asked about one special skill which he has learned from Dhoni, Chahar explained, "Bowling in the death overs isn't easy at all. This is the main thing I have learnt from him. Those things that I learnt from Dhoni bhai are helping me a lot at the international level".

Within 48 hours of firing India to an emphatic series win, Chahar once again weaved magic with the ball picking up yet another T20 triple as he dismissed three Vidarbha batsmen off three legal deliveries in a domestic T20 match.

MS Dhoni Deepak Chahar Cricket IPL 2020
Get the latest updates on SA vs IND 2021-22, check out the Schedule and Live Score . Like us on Facebook or follow us on Twitter for more sports updates. You can also download the NDTV Cricket app for Android or iOS.