MS Dhoni Announced Retirement From Test Cricket On This Day, In 2014

MS Dhoni announced his retirement from Test cricket on this day in 2014, after the Melbourne Test against Australia ended in a draw. 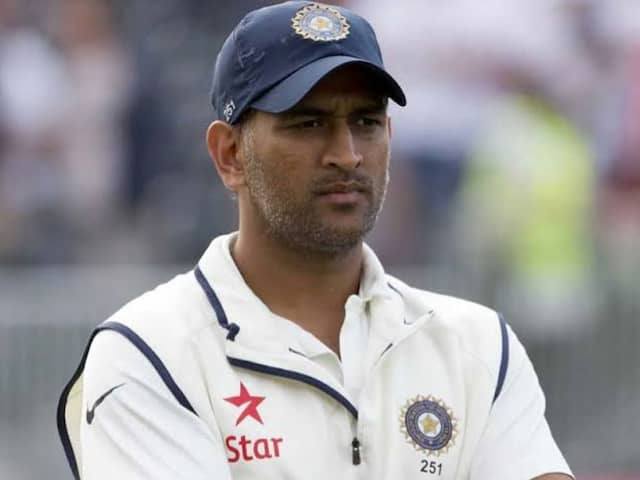 MS Dhoni retired from Test cricket on this day in 2014.© AFP

MS Dhoni retired from Test cricket on this day in 2014, after representing India in 90 matches. His shocking decision to retire from the longest format of the game came after India had drawn the Melbourne Test against Australia. Following his retirement, Virat Kohli took over as the captain for the final Test in Sydney. Under the captaincy of MS Dhoni, India achieved the No.1 Test ranking for 18 months, starting December 2009 and grew up to be one of the most formidable side.

One of the most successful captains on the international circuit Dhoni, led India in 60 Test matches, and recorded 27 victories, while losing 18 and drawing 15.

Before his retirement, Dhoni suffered from fitness concerns. He scored 4876 runs in Tests at an average of 38.09, which included six centuries and 30 half-centuries. His highest Test score of 224 runs came against Australia in Chennai.

Incidentally, he also made his Test debut in Chennai against Sri Lanka in 2005. The middle-order batsman had scored 30 runs on his debut.

His fine wicket-keeping skills were also evident in the longest format as he was involved in 256 catches and 38 stumpings.

After his retirement from Test cricket, Dhoni continued to be one of the key members for the national team in One-Day Internationals (ODIs) and Twenty20 Internationals (T20Is).

At present, there are constant speculations over his future in international cricket as Dhoni has not donned the Team India jersey ever since their exit from the World Cup 2019 semi-finals.