Mohammad Kaif lashed out at Pakistan Prime Minister Imran Khan his UNGA speech and termed the country "a safe breeding ground for terrorists". 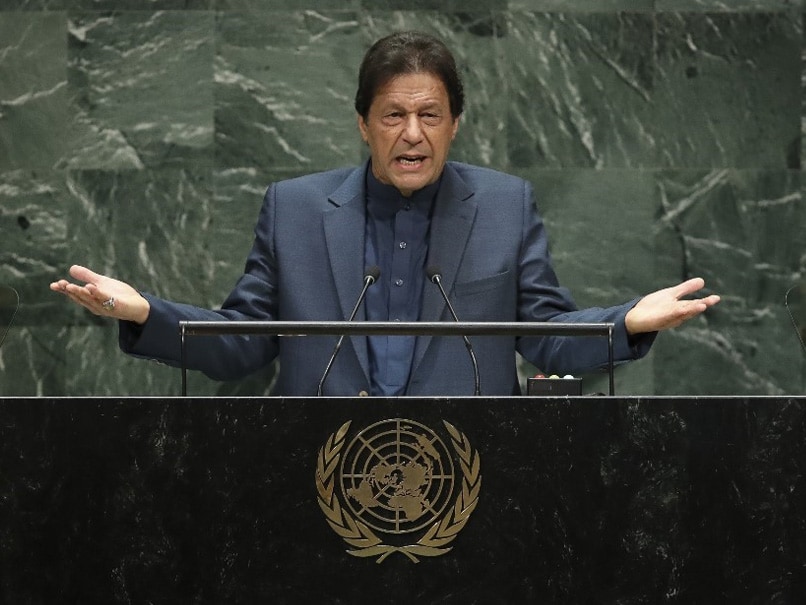 Imran Khan has been heavily criticised for his speech at the United Nations General Assembly (UNGA).© AFP

Former India cricketer Mohammad Kaif on Sunday lashed out at Pakistan Prime Minister Imran Khan and termed the country "a safe breeding ground for terrorists". Mohammad Kaif shared an article of an Indian publication and wrote: "Yes, but your country Pakistan certainly has a lot to do with terrorism, a safe breeding ground for terrorists. What an unfortunate speech at the UN and what a fall from grace from being a great cricketer to a puppet of Pakistan army and terrorists."

Ever since his speech at the 74th session of the United Nations General Assembly (UNGA), Imran Khan has been under severe attack from different quarters.

Former India skipper Sourav Ganguly had also labelled Imran Khan's speech at the UNGA as "rubbish", saying that this is not the cricketer the world knew of.

Ganguly had made the comment while replying to Virender Sehwag's tweet in which he had shared a video of Imran Khan.

"Viru...I see this and I am shocked...a speech which is unheard of...a world which needs peace, Pakistan as a country needs it the most...and the leader speaks such rubbish...not the Imran Khan the cricketer world knew...speech in UN was poor," Ganguly had tweeted.

Former Indian cricketer Virender Sehwag shared a video on Twitter in which American anchors can be seen interviewing the cricketer-turned Prime Minister Khan.

Sehwag shared the video and captioned the post as "You sound like a welder from the Bronx, says the anchor. After the pathetic speech in the UN a few days ago, this man seems to be inventing new ways to humiliate himself."

The anchors did not take Imran Khan's comment kindly and joked that: "You don't sound like a Prime Minister of Pakistan, you sound like a voter from the Bronx".

On Wednesday, cricketers including Mohammed Shami, Harbhajan Singh, and Irfan Pathan slammed Imran Khan for his speech at the UNGA and said his words did not reflect sportsmanship.

Virender Sehwag Sourav Ganguly Cricket
Get the latest updates on India vs Australia and check out  Schedule, Results and Live Score. Like us on Facebook or follow us on Twitter for more sports updates. You can also download the NDTV Cricket app for Android or iOS.