Mohammad Amir revealed the strategy behind the dismissal of Indian cricket team captain Virat Kohli in the 2017 Champions Trophy final. 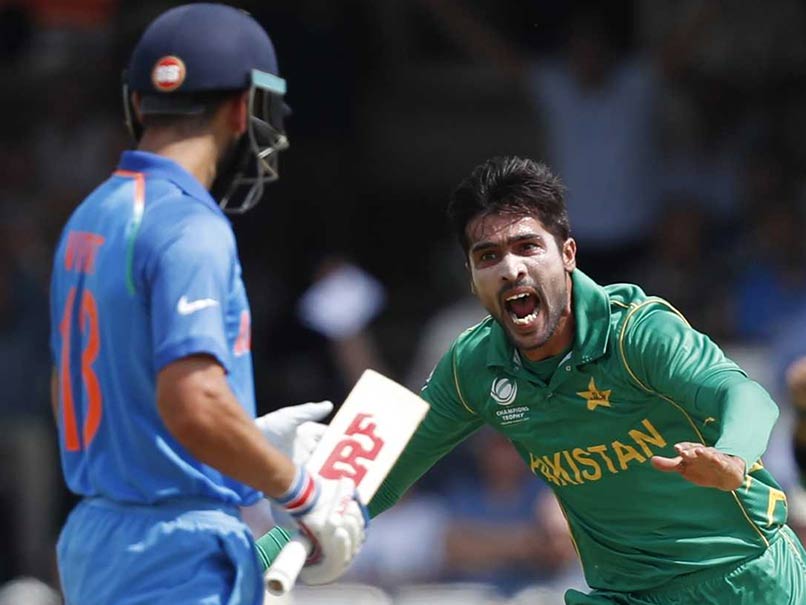 Pakistan has produced world-class fast bowlers and legends like Wasim Akram, Waqar Younis and Shoaib Akhtar are a testament to this. Mohammad Amir is another future talent who has performed well for Pakistan in recent times. Speaking on the Voice of Cricket show, Mohammad Amirrevealed the strategy behind the dismissal of Indian cricket team captain Virat Kohli in the 2017 Champions Trophy final. Mohammad Amir had seen his teammate Azhar Ali drop Virat Kohli in the 3rd over (2.3) for 5 runs. Infuriated by the drop, Mohammad Amir got his prized wicket in the next ball after Shadab Khan took a blinder of a catch at backward point region. "When Virat Kohli came in, I had bowled an inswing delivery and he was beaten. Rohit Sharma was also dismissed off an inswinging delivery too. He was dropped earlier and I thought if he stuck around, he will take India towards victory. So I prayed to god for his wicket and the next ball I got his wicket after Shadab Khan took a brilliant catch", he said.

When asked about his most special wicket out of batting legend Sachin Tendulkar and Kohli, Amir chose the former. "Both. They're both big batsmen. Tendulkar I will say because when I was playing then, I was new to the team. So Sachin's wicket was special for me."

Indiawereoutclassed by Pakistan in the Champions Trophy final by 180 runs. Batting first, Pakistan had scored 338/4 in their 50 overs courtesy Fakhar Zaman (114), Mohammad Hafeez (57*) and Azhar Ali (59) knocks. Amir had rattled the Indian top order with his quick-fire three wickets.

Barring Hardik Pandya (76), the Indian batsmen faltered in the run-chase after a stupendous bowling show by Pakistan pacers Amir (3/16) and Hasan Ali (3/19). India were eventually bundled out for 158 runs in 30.3 overs.

Virat Kohli
Get the latest updates on IND vs NZ 2021, check out the Schedule and Live Score . Like us on Facebook or follow us on Twitter for more sports updates. You can also download the NDTV Cricket app for Android or iOS.