Cricket Australia had recently announced a revamp of the BBL, switching it to a full home-and-away season with 14 games, plus the finals. 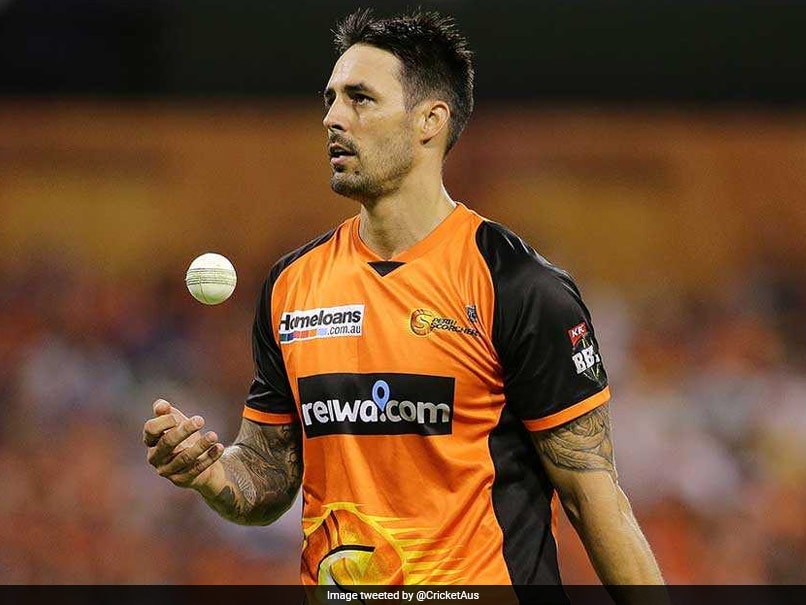 Mitchell Johnson was on a year-by-year contract with the Perth Scorchers till last season.© Twitter

The high intensity and length of the Big Bash League (BBL) has forced Australia fast bowling great Mitchell Johnson to distance himself from it's further seasons, also raising questions about his further involvement with the Indian Premier League (IPL). Cricket Australia (CA) had recently announced a revamp of the BBL, switching it to a full home-and-away season with 14 games, plus the finals. Johnson, who will turn 37 this November, however has stressed on his availability for other global Twenty20 competitions and is currently eyeing the 10-over tournament to be played in the United Arab Emirates (UAE).

"The intensity and length of the BBL is just too much for someone who will be 37 at the start of the summer," Johnson's manager Sam Halvorsen was quoted as saying by The West Australian newspaper.

"Mitch has put his name up for the Emirates tournament in Dubai, but that is half the length of the BBL," he added.

Johnson, a veteran of 73 Tests with 313 wickets, was on a year-by-year contract with the Perth Scorchers till last season.

The decision to quit the BBL has also raised doubts over Johnson's participation in the IPL, which also stretches to almost two months, with eight teams playing in a home-and-away format, besides the knock-outs.

Johnson, who retired from Test cricket in 2015, has plied his trade with various IPL franchises, including the Mumbai Indians and Kings XI Punjab. In 2018, he was picked by the Kolkata Knight Riders (KKR), where he played six games and took two wickets.

Perth Scorchers Mitchell Johnson
Get the latest updates on Fifa Worldcup 2022 and check out  Fifa World Cup Schedule, Stats and Live Cricket Score. Like us on Facebook or follow us on Twitter for more sports updates. You can also download the NDTV Cricket app for Android or iOS.