South Africa were bowled out for 95 as New Zealand pacer Matt Henry picked up career-best figures of 7 for 23 on Day 1 of first Test. 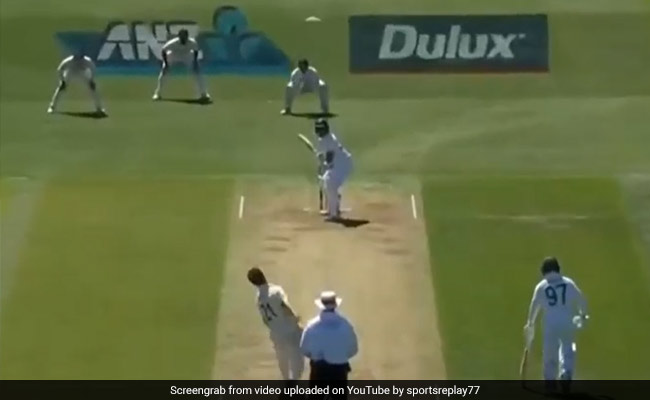 Matt Henry celebrated a career-best seven wicket haul as New Zealand rolled South Africa for 95 in their first innings inside two sessions on the opening day of the first Test in Christchurch on Thursday. Tea was taken early when tail-ender Duanne Oliver was out for one to end the innings with Henry taking seven for 23 as New Zealand cashed in on winning the toss and asking South Africa to bat in bowler-friendly conditions.

Zubayr Hamza, back in the South African starting line-up for the first time in two years, top scored for the tourists with 25.

Henry, whose previous best was four for 93 against South Africa four years ago, has struggled to be a regular member of the New Zealand attack where Tim Southee and Trent Boult have long been the new ball bowlers.

Matt Henry has produced one of the best Test bowling figures for a New Zealand bowler ????#NZvSA | #WTC23 pic.twitter.com/Pj1FfE2PSG

But with Boult on paternity leave, the Christchurch-born Henry relished the chance to perform in front of his home crowd.

With his fourth ball he removed South African skipper Dean Elgar for one with a ball that nipped away off the pitch.

When South Africa looked to be showing some resistance with Hamza and Kyle Verreynne putting on 33 for the sixth wicket, Henry removed the pair along with Kagiso Rabada and debutant Glenton Stuurman in an eight-ball burst.

Alongside Henry, Tim Southee, Kyle Jamieson and Neil Wagner each took one wicket.