AB de Villiers retired from international cricket in 2018, but has been impressing in T20 leagues across the world. 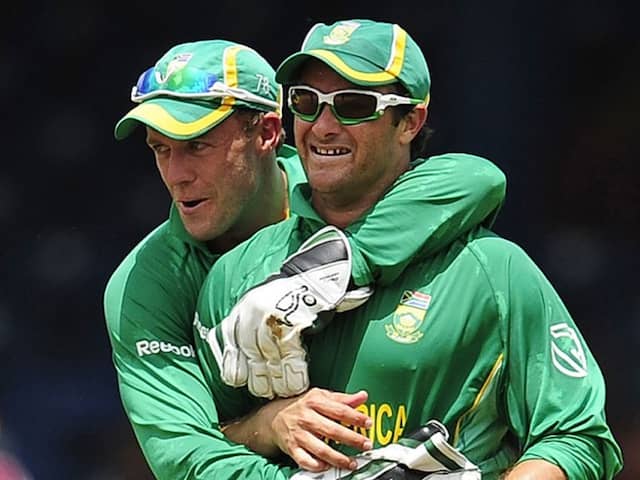 AB de Villiers and Mark Boucher played together for South Africa before the latter retired.© AFP

New South Africa head coach Mark Boucher has hinted that he may speak with AB de Villiers in a bid to try and convince the star batsman to return to the national side ahead of next year's T20 World Cup in Australia. De Villiers retired from international cricket after South Africa's Test series at home against Australia in 2018, citing heavy workload, but has since been in fine form in T20 leagues around the world. With the South African team still trying to rebuild after losing a host of stars to retirement or Kolpak deals, de Villiers would add much-needed quality and experience to the side ahead of the big tournament.

"When you go to a World Cup, you want your best players playing for you," Boucher told ESPNcricinfo.

"If I feel he is one of your best players, why wouldn't I want to have a conversation with him? I've only just got into the job, I might have conversations with quite a few players and see where they are," he added.

"You want your best players playing in the World Cup and if there's a couple of issues you need to iron out, with media, with team-mates, and if it's for the good of South Africa, why not, let's do it," the former South Africa wicketkeeper said.

Boucher was on Saturday named as South Africa head coach until 2023. The announcement was made by Cricket South Africa interim director of cricket, former captain Graeme Smith, who only took up his post on Wednesday.