Ali Bacher, a former Test captain, said the current chief executive of Cricket South Africa (CSA) Thabang Moroe was out of his depth and asked for his resignation. 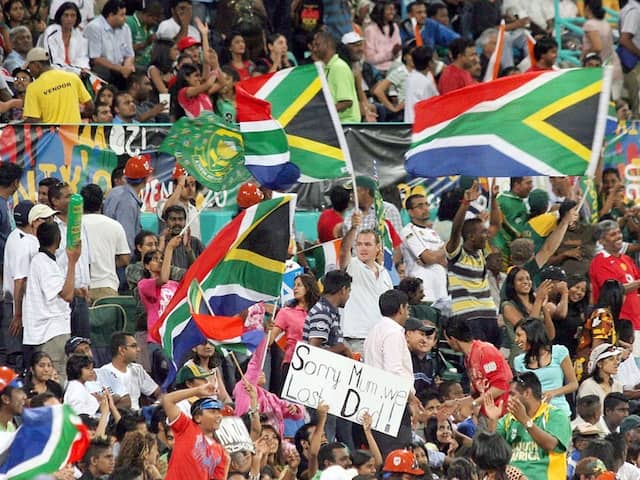 South African cricket's crisis deepened with many calling on the CEO of the board to resign.© AFP

The crisis in South African cricket deepened on Thursday as former chief executive Ali Bacher called on incumbent Thabang Moroe to quit, while a second independent director resigned from the board of Cricket South Africa. Bacher, a former Test captain, said Moroe was out of his depth, while independent board member Iqbal Khan, the chairman of CSA's finance committee, said he could no longer be party to an organisation that was "ruining the game". Khan blamed Moroe for the majority of issues besetting CSA, including failing to adhere to the terms of an agreement with the SA Cricketers' Association, the banning of five journalists last weekend and "widespread credit card abuse".

In his letter to CSA president Chris Nenzani, Khan wrote: "Unfortunately, all fingers point at the CEO.

"But, having said that, I cannot believe that you are not aware of the many issues that have caused this malaise and to that extent you are also complicit and perhaps even the entire board."

Khan's resignation came a day after that of Shirley Zinn, leaving CSA with only three of their five independent directors.

CSA will be holding an emergency board meeting in Johannesburg on Saturday at which it said "important decisions will be made".

Bacher said in an interview with the espncricinfo website that he had mediated talks between Moroe and former Test captain Graeme Smith on August 28, which could have led to Smith becoming CSA director of cricket.

Smith announced on November 15 that he had withdrawn his interest in taking the job – although he confirmed on Monday that new talks were under way.

According to Bacher, in more than two months since the original discussions, Smith had still not been presented with a contract for his consideration.

The first talks took place before South Africa toured India in September and October, where they were heavily beaten in all three Tests.

Bacher alleged that current Test captain Faf du Plessis had not been consulted about the appointment of the inexperienced Enoch Nkwe as interim team director.

Nkwe was in charge of the team that toured India and looks set to continue in the role in a home Test series against England, which starts on December 26.

In addition to the role of director of cricket being vacant, no selectors have yet been appointed ahead of the England tour.

"The current CEO is out of his depth and I strongly suggest that he resigns imminently in the best interests of South African cricket," said Bacher.

In a separate interview with an Afrikaans-language website, Bacher said, “We're currently the joke of world cricket.

"I don't want us to end up like the West Indies, who were once a mighty cricket nation but have just disappeared over the last decade or two."

Support for Moroe came from Jack Madiseng, a CSA board member and Moroe's successor as president of Gauteng cricket.

In an email to Nenzani and CSA deputy president Beresford Williams, Madiseng accused the pair of a lack of leadership. Madiseng said the board and not the CEO needed to be held accountable for "rubbishing the CSA's brand".

Graeme Smith Cricket
Get the latest Cricket news, check out the India cricket schedule, Cricket live score . Like us on Facebook or follow us on Twitter for more sports updates. You can also download the NDTV Cricket app for Android or iOS.