Marcus Rashford backed England fast bowler Jofra Archer, who has said that he was subjected to "racial insults" by a spectator during the fifth and final day of the first Test against New Zealand. 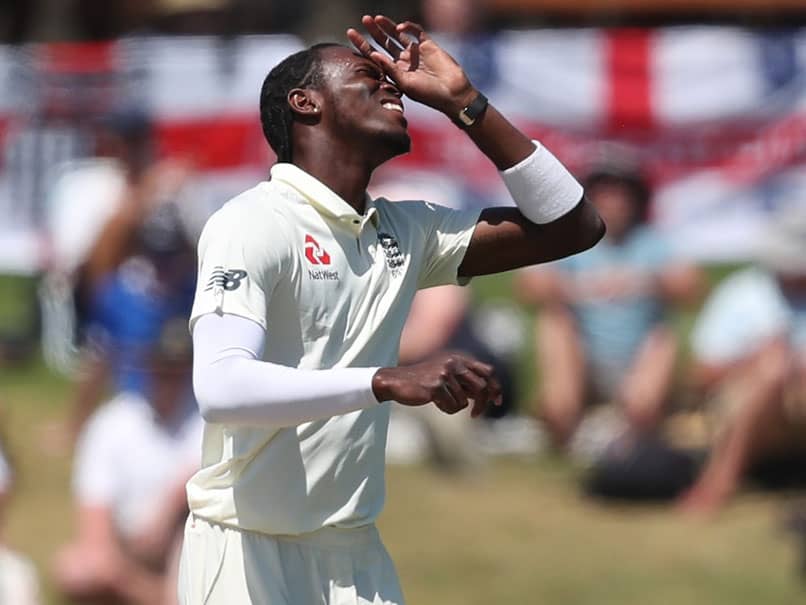 Jofra Archer produced bowling figures of one for 107 in his first overseas Test.© AFP

Manchester United striker Marcus Rashford backed England fast bowler Jofra Archer who has said that he was subjected to "racial insults" by a spectator during the fifth and final day of the first Test against New Zealand at the Bay Oval. "Unreal talent and already a national hero. Deserve better bro so just keep doing your thing," City and England striker Rashford said in a tweet. "A bit disturbing hearing racial insults today whilst battling to help save my team," tweeted Archer on Monday.

You still up for that challenge?

He added: "The crowd has been amazing this week except for that one guy. The Barmy Army was good as usual."

On Monday, England lost the first Test by an innings and 65 runs and conceded a 1-0 lead to the Black Caps in the two-match series.

Meanwhile, New Zealand Cricket (NZC) has said that it will be contacting, and apologizing to Archer.

"Although security providers at the venue were unable to locate the perpetrator, NZC will be examining CCTV footage and making further inquiries tomorrow in an endeavour to identify the man responsible," NZC said in a statement.

"NZC has zero tolerance towards abusive or offensive language at any of its venues and will refer any developments in the case to police.

"It will contact Mr Archer tomorrow to apologise for the unacceptable experience, and to promise increased vigilance in the matter when the teams next meet in Hamilton," the statement added.

The 24-year-old and Sam Curran had provided a brief burst of resistance during England's run chase when the abuse occurred. Archer was eventually caught at deep backward square-leg for 30 off Neil Wagner, who was the pick of the Black Caps' bowlers with five wickets for 44 runs.

In his first overseas Test, Archer produced bowling figures of one for 107 as he ended up bowling 42 overs in punishing conditions. He dismissed BJ Watling, who became the first wicketkeeper-batsman from New Zealand to score a double hundred in Test cricket.

England will now aim to level the series when they meet Kane Williamson's men in the second and final Test beginning Friday at the Seddon Park in Hamilton.