Jofra Archer was subjected to racial insults at the conclusion of the first Test between New Zealand and England at Bay Oval. 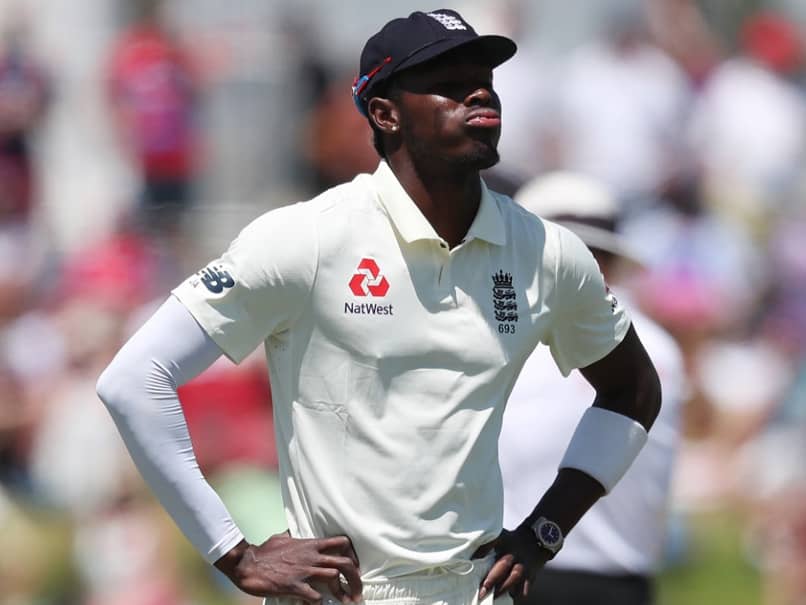 Jofra Archer added 59 runs for the ninth wicket with Sam Curran on Day 5 of the 1st Test.© AFP

Jofra Archer, England fast bowler, was subjected to racial insults at the conclusion of the first Test against New Zealand at Bay Oval on Monday. England suffered an innings defeat as New Zealand bowled out the visitors for 197 in the second innings. After the match, Jofra Archer took to Twitter to share his experience with the crowd. "A bit disturbing hearing racial insults today whilst battling to help save my team, the crowd was been amazing this week except for that one guy, @TheBarmyArmy was good as usual also," Archer tweeted.

A bit disturbing hearing racial insults today whilst battling to help save my team , the crowd was been amazing this week except for that one guy , @TheBarmyArmy was good as usual also

New Zealand Cricket soon released a statement that the cricket body will apologise to Archer.

"New Zealand Cricket will be contacting, and apologising to English fast bowler Jofra Archer, who was racially abused by a spectator as he left the field at the conclusion of the first Test at Bay Oval, Mt Maunganui," the statement read.

The security providers failed to locate the culprit and New Zealand Cricket will examine CCTV footage to identify the man who used offensive language towards the 24-year-old fast bowler.

"We will contact Mr Archer tomorrow to apologise for the unacceptable experience, and promise increased vigilance in the matter when the teams next meet in Hamilton," New Zealand Cricket added.

In the match, England won the toss and opted to bat. The visitors posted 353 on the board in their first innings.

New Zealand, in reply, were in trouble at one stage with 127 for four. However, wicketkeeper-batsman BJ Watling scored a double century to help New Zealand take a 262-run first innings lead.

On the fifth day, Neil Wagner picked up his eighth five-wicket haul in Tests to help the hosts go 1-0 up in the two-match Test series.

Jofra Archer Cricket Neil Wagner
Get the latest updates on India vs England Series, India vs England , live score and IPL 2021 Auction . Like us on Facebook or follow us on Twitter for more sports updates. You can also download the NDTV Cricket app for Android or iOS.