IPL 2021, Punjab Kings vs Rajasthan Royals Live Score: Kartik Tyagi gave away just a single run in the final over as RR won by 2 runs vs PBKS in a thrilling clash. 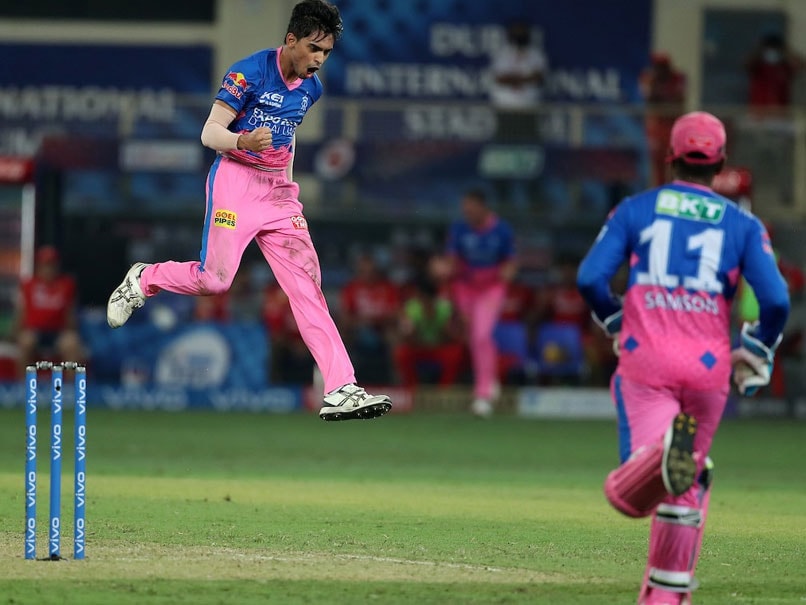 PBKS vs RR IPL: Kartik Tyagi conceded just a single run in the final over vs Punjab Kings.© BCCI/IPL

Rajasthan Royals have won the thrilling clash against Punjab Kings by 2 runs in Match 32 of the Indian Premier League (IPL) on Tuesday. Kartik Tyagi got the ball for the final over where PBKS needed 4 runs but the young pacer didn't let the opposition to go easy as he gave away just one run in the final over of the match and that led his side to a memorable victory. Earlier PBKS captain KL Rahul and his opening mate Mayank Agarwal added 120 runs for the first wicket that set the tone for the chase of 186 runs. In the end, after the opener got out Nicholas Pooran and Aiden Markram held the crease but they choked in the final over. With this win, RR moved to the fifth position in the points table with eight points while PBKS are still at the seventh spot. (SCORECARD)

Sanju Samson IPL 2021 Punjab Kings vs Rajasthan Royals, Match 32 Cricket Live Score Live Cricket Score Live Blogs
Get the latest updates on SA vs IND 2021-22, check out the Schedule and Live Score . Like us on Facebook or follow us on Twitter for more sports updates. You can also download the NDTV Cricket app for Android or iOS.