KL Rahul Shows Off Style At This Cricketer's Wedding

KL Rahul was in the news recently for his pictures with long-time friend Nidhhi Agerwal. 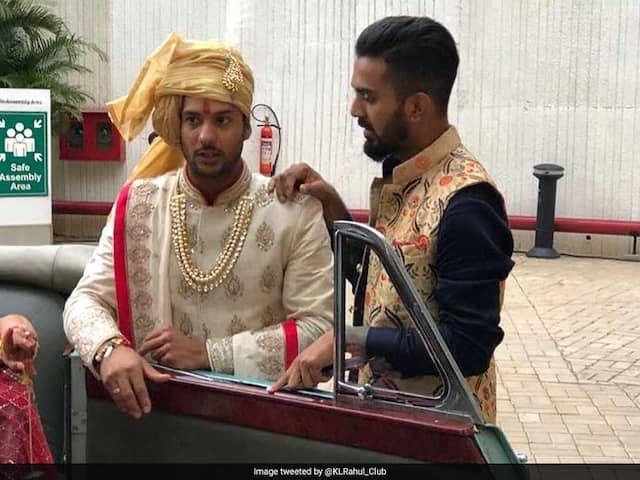 KL Rahul has become a style icon for youngsters in a short period of time.© Twitter

Rahul played a starring role for Kings XI Punjab in IPL 2018, ending the season in third place in the list of the top run-getters. The right-handed opener amassed 659 runs at an average of 54.91 and a strike rate of 158.41.

He finished behind only Rishabh Pant and 'Orange Cap' winner Kane Williamson but the opener's average was the best among the top 10. Only Chennai Super Kings captain MS Dhoni (75.83) had a better average than the Kings XI Punjab star.

Lokesh Rahul Mayank Agarwal Cricket
Get the latest Cricket news, check out the India cricket schedule, Cricket live score . Like us on Facebook or follow us on Twitter for more sports updates. You can also download the NDTV Cricket app for Android or iOS.