KL Rahul's ban was provisionally lifted by the BCCI after he was earlier banned for making controversial remarks on a TV show. 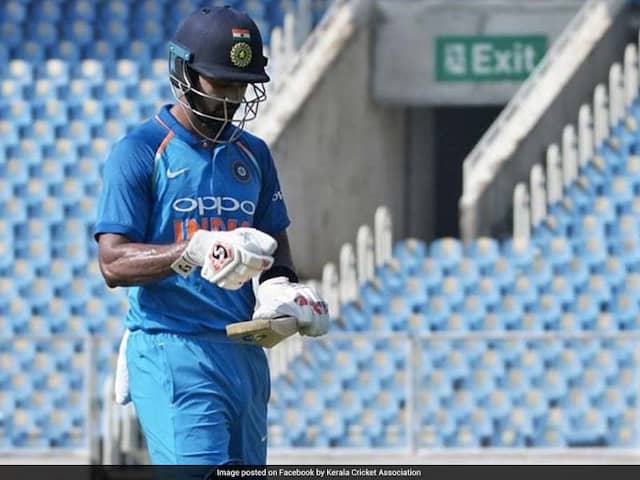 KL Rahul's luck hasn't changed much after returning to cricket. In his comeback game for India A versus England Lions in Thiruvananthapuram, Rahul could manage to score only 13 runs and lasted only 25 deliveries. KL Rahul opened the innings with Ajinkya Rahane and had started off well with two boundaries - but the show ended too soon as fast bowler Jamie Overton dismissed him. Batting first, India had set a target of 173 runs, with Deepak Chahar and Ishan Kishan as the pick of the batsmen. Chahar scored 39 while Kishan managed to amass 30 runs.

Eventually, India A won the match by 60 runs as England A lost wickets in quick succession and were bundled out for 112 runs in 30.5 overs.

India next play the fourth One-day International of the series vs New Zealand on January 31. Virat Kohli has been rested for the last two ODIs and the three-match T20I series.