"Hopefully When It's Rescheduled, I Get To Play": Jofra Archer On IPL 2021

IPL 2021: Jofra Archer thanked Rajasthan Royals for supporting him during his injury and said that he is hopeful of representing them when the IPL 2021 resumes 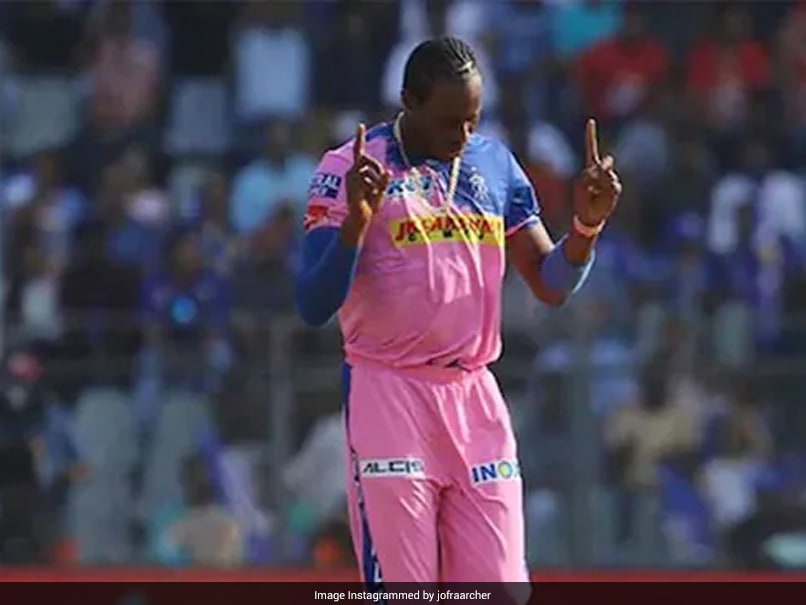 IPL 2021: Jofra Archer could play for Rajasthan Royals, if the 2021 season is resumed.© Instagram

Having returned to competitive cricket, Jofra Archer has revealed that it was a tough decision to pull out of the Indian Premier League (IPL) 2021 season due to his injury. But the English pacer has said that he could play for Rajasthan Royals (RR), when IPL 2021 gets "rescheduled." The competition was postponed indefinitely midway through the season, after several players and support staff tested positive within the bio-secure bubble. The BCCI is yet to announce a resumption date for the franchise-based T20 league. Speaking through RR's Twitter handle, Archer said, "It was a hard decision to not go to India for the IPL. Rajasthan Royals supported me. Hopefully when it's rescheduled, I get to play."

Archer suffered a cut to his hand while cleaning at his home in January. Despite the injury, he played in two Test matches and five T20Is, before departing for the United Kingdom midway through England's tour of India for rehabilitation.

The 2019 World Cup winner is currently being monitored by Sussex medical team, and is representing them in a County Championship fixture vs Kent.

The pacer's return will be good news for the ECB, with England scheduled to host New Zealand in a two-match Test series this year, and also India in a five-match bilateral series.

The T20 World Cup is also scheduled to be held this year in India, and Archer will be a key part of England's bowling department.

Without Archer in their ranks, Rajasthan performed inconsistently in IPL 2021, before the season got postponed. The Royals were fifth in the table with three wins and four defeats.