The England and Wales Cricket Board (ECB) on Friday announced that fast bowler Jofra Archer will not play for Rajasthan Royals in the ongoing IPL 2021. 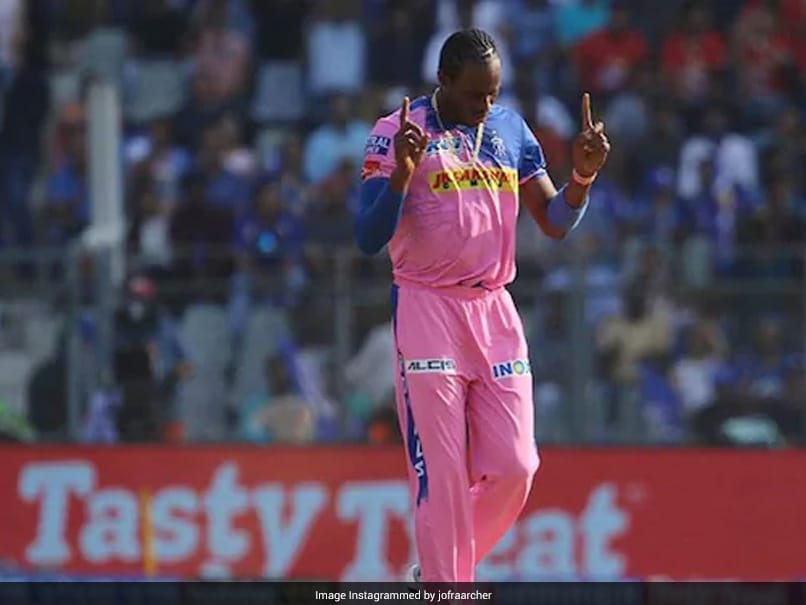 The England and Wales Cricket Board (ECB) on Friday announced that star fast bowler Jofra Archer will not play in the ongoing Indian Premier League (IPL) 2021, compounding his franchise Rajasthan Royals' misery. The 26-year-old Archer returned to bowling this week with higher intensity, and the ECB and Sussex medical teams will continue to monitor his progress.

"Archer will now step up his training regime starting next week and will be in full training with Sussex. It is expected that he will return to cricket in the next fortnight if he can continue to bowl and prepare pain-free," the ECB said in a statement.

"The ECB will confirm which matches he is expected to play in due course."

Last week, Archer was given the all-clear by his hand consultant to resume training as his right hand continued to heal following his operation on March 29.

His IPL franchise RR was desperately hoping that he would be available at least during the back-end of the tournament.

Archer suffered a cut to his hand while cleaning at his home in January shortly before flying to India to prepare for the Test series earlier this year.

The ECB's medical team managed the injury throughout the tour, and it did not impact his availability. A fragment of glass was removed during the operation to his middle finger on his right hand.

Rajasthan Royals Director of Cricket Kumar Sangakkara had admitted that missing Archer was a "big blow" and hoped that he would be "available at some point of time".