Jofra Archer established himself on the global stage as he helped England win their first men's 50-over global title. 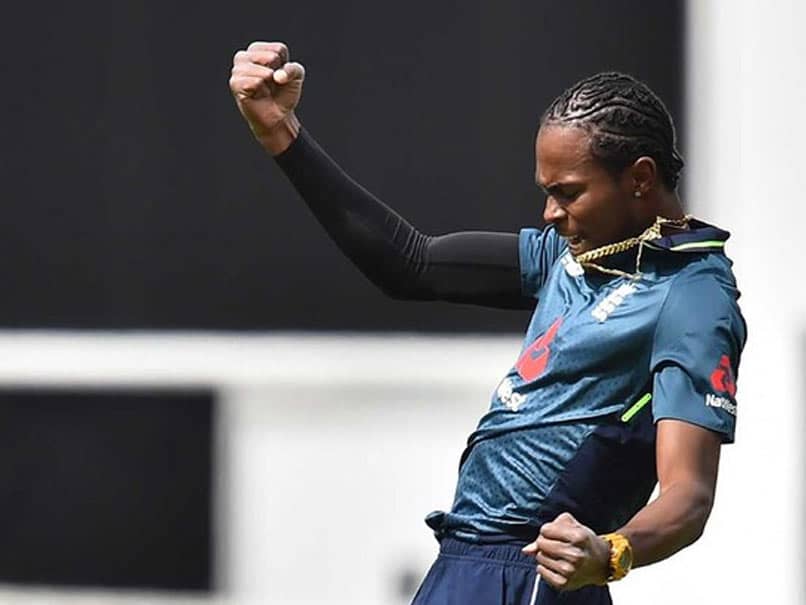 Jofra Archer made his international debut in 2019.© AFP

England's Jofra Archer said on Sunday he'd finally found his World Cup winner's medal after "going mad" looking for the prized possession following a house move. The 25-year-old Sussex fast bowler published a photograph of the medal on a bed with the caption: "Randomly searching the guest bedroom and boom." Archer, when previously asked about the whereabouts of his medal, told BBC Radio on Saturday: "I had it hanging off a portrait someone did for me and sent to me, I had my medal hanging on that. "I moved flat and the picture is on the new wall but there's no medal. I turned the house upside down for about a week but I still haven't managed to find it.

"I know it should be in the house so I will keep eyes out for it but I've gone mad looking for it already."

Last year saw the Barbados-born Archer establish himself on the global stage as he helped England win their first men's 50-over global title, with his 20 wickets at 23.05 the most taken by any member of the champions' squad during the tournament.

Archer, who only made his international debut in 2019, was also given the daunting responsibility of bowling the Super Over in the final at Lord's.

But he held his nerve brilliantly as England edged out New Zealand in a thrilling finish decided on boundary countback when the teams' scores were level after both regulation play and cricket's answer to 'extra time'.