Jofra Archer, who only made his international debut in 2019, was also given the daunting responsibility of bowling the Super Over in the final at Lord's. 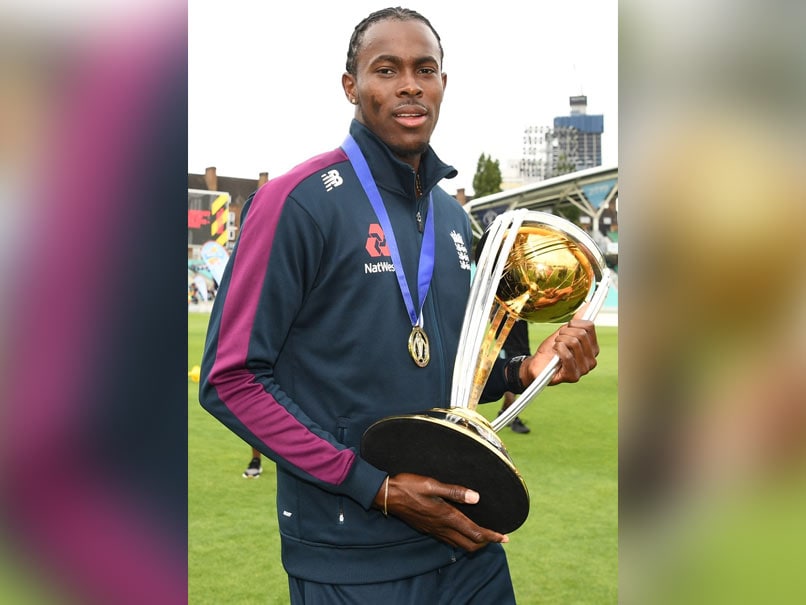 England fast bowler Jofra Archer said Saturday he'd "gone mad" looking for his World Cup winner's medal after losing the prized piece of silverware while moving house. Last year saw the Sussex quick establish himself on the global stage as he helped England win their first men's 50-over global title, with Archer's 20 wickets at 23.05 the most taken by any member of the champions' squad.

The 25-year-old, who only made his international debut in 2019, was also given the daunting responsibility of bowling the Super Over in the final at Lord's.

Archer, however, held his nerve brilliantly as England edged out New Zealand in a thrilling finish decided on boundary countback after the teams' scores were level after both regulation play and cricket's answer to 'extra time'.

But the Barbados-born quick, asked Saturday about where his medal was now, told BBC Radio: "I had it hanging off a portrait someone did for me and sent to me, I had my medal hanging on that.

"I moved flat and the picture is on the new wall but there's no medal. I turned the house upside down for about a week but I still haven't managed to find it.

"I know it should be in the house so I will keep eyes out for it but I've gone mad looking for it already."

Archer, who returned to the United Kingdom from Barbados last month, said the fact all major cricket worldwide, including the start of the English season, was suspended because of the pandemic at least gave him time to continue searching for the medal.

"There's nothing else to do in isolation. It's all hands on deck."

Although Archer may have seemed the 'go-to' option for England captain Eoin Morgan when it came to picking a bowler for the Super Over, the paceman himself was reluctant to press his own claims given he'd not long been in the side.

Archer, asked when he knew he'd been chosen for the Super Over, replied: "Pretty late. I wasn't sure until I had to go down there and warm up.

"It was the only Super Over of the whole tournament, I never actually thought about it or planned for the situation, it just happened."

Jofra Archer Cricket
Get the latest updates on ICC Women's Cricket World Cup 2022 and IPL 2022, check out the Schedule , Live Score and IPL Points Table. Like us on Facebook or follow us on Twitter for more sports updates. You can also download the NDTV Cricket app for Android or iOS.