"It's A Plot Against Him": Shakib Al Hasan's Wife Responds To Accounts Of On-Field Incident

Shakib Al Hasan's wife wrote a long post on Facebook, claiming that there is a plot to portray the all-rounder as a "villain" 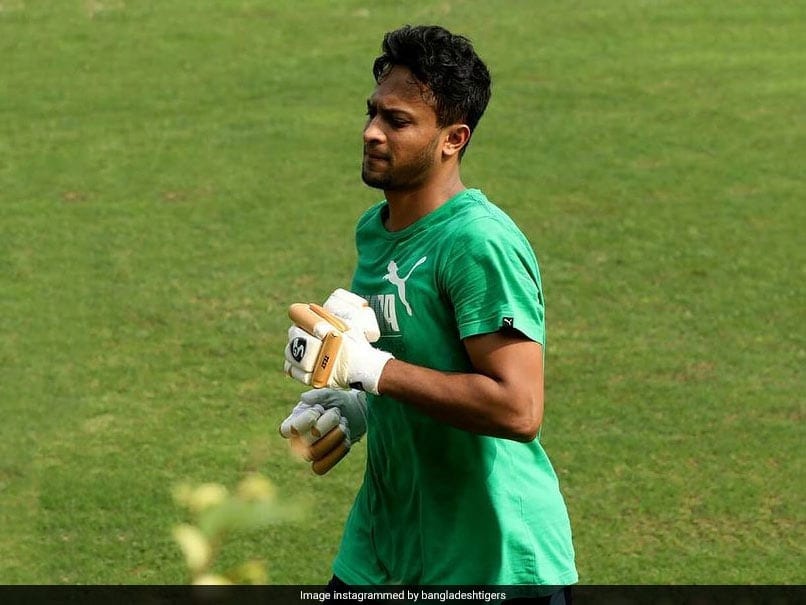 Shakib Al Hasan misbehaved with the umpires in a local T20 game in Dhaka.© Instagram/Bangladesh Cricket

Sakib Ummey Al Hasan, wife of Bangladesh all-rounder Shakib Al Hasan, posted a stern reply relating to the controversial incidents involving her husband in a Dhaka Premier League match on Friday. She hinted at a possible "plot" against her husband and portraying Shakib as the "villain". She wrote, "I'm enjoying this incident as much as the media is, finally, some news on tv! It is great to see the support of the people who can see the clear picture of today's incident at least someone has the guts to stand against all odds. However, it is sad to see the main issue getting buried by the media highlighting only the anger that he showed. The main issue is the ongoing eye-catching decisions of the umpires! The headlines are really saddening. To me it is a plot against him that has been going on for a while to portray him as the villain in all circumstances! If you are a cricket lover beware of your actions!."

Shakib Al Hasan's wife also came in defense of Shakib, who was seen uprooting and kicking the stumps along with having altercations with the on-field umpires for his side Mohammedan Sporting Club against Abahani Limited at the Sher-e-Bangla National Stadium.

Shakib later issued an apology through his official Facebook handle, where he regretted the incidents that transpired in the middle.

In twin incidents of madness, Shakib lost his cool on the first occasion after a leg-before appeal was turned down by the umpire. Shakib, resultantly, kicked the stumps in anger.

In a space of two overs, Shakib uprooted the stumps and smashed them to the ground while protesting against the umpire's decision to call off the match after 5.5 overs due to rain.