The International Cricket Council recently banned the use of saliva to shine the cricket ball in view of the COVID-19 pandemic. 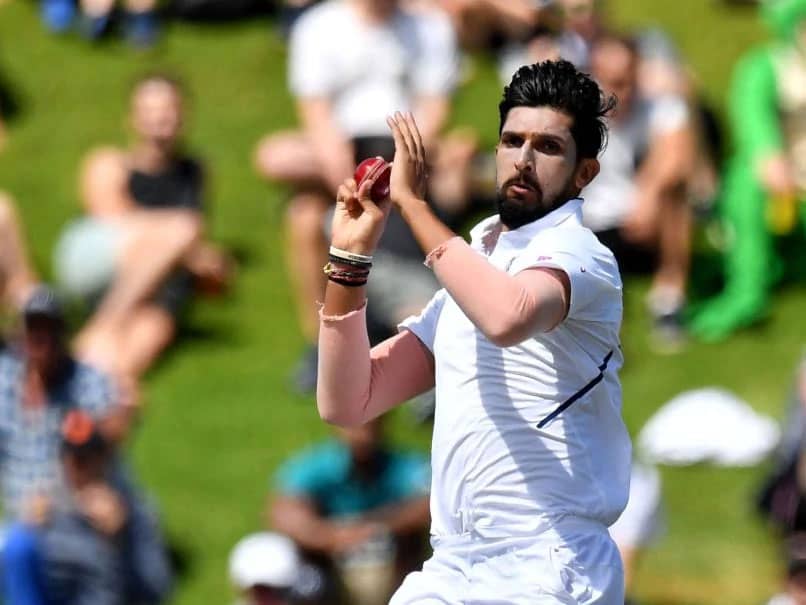 Ishant Sharma said the ban on saliva will tilt the game in batsman's favour.© AFP

After the International Cricket Council (ICC) banned the use of saliva to shine a cricket ball as new rule changes came in to counter the coronavirus pandemic, bowlers around the globe have only one thing in mind -- how to get rid of a habit inculcated since they started playing cricket. Indian fast bowler Ishant Sharma opened up about the fresh set of challenges this new playing regulation will bring with itself, especially the fast bowlers. Ishant said that without saliva, bowlers will find it difficult to shine the ball which is necessary to generate swing.

Echoing the fast bowlers' sentiments across globe, the veteran fast bowler said that the ban on saliva will deprive them of one of their main assets i.e., swing and will tilt the game in batsman's favour which is not good for game.

"If we don't shine the red ball, it doesn't swing and if it doesn't swing then it becomes really easy for the batsman. I think the competition should be fair and not a batsman dominated game," Ishant said on the Star Sports' show 'Cricket Connected'.

Acknowledging that it will be difficult for the fast bowlers to stop using saliva, Ishant said that bowlers will have to take "special precautions" to get rid of their old habit, which has now been prohibited by the world governing body.

"I feel that the most important thing will be avoiding the use of saliva on the ball and refraining from shining the ball. We will have to take special precautions for this as we are used to shining the ball, especially the red ball," he added.