Wasim Akram warned that bowlers would become "robots" after cricket officials temporarily banned shining the ball with saliva as a coronavirus precaution. 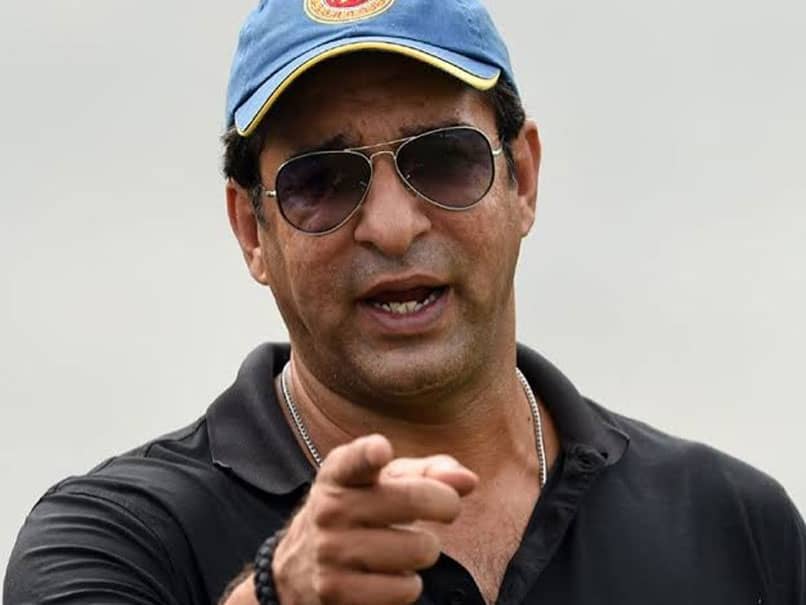 Legendary Pakistan paceman Wasim Akram warned on Wednesday that bowlers would become "robots" after cricket officials temporarily banned shining the ball with saliva as a coronavirus precaution. Bowlers traditionally get the ball to move or swing in the air by applying shine to one side using sweat or saliva. The International Cricket Council, however, has temporarily banned the practice over virus transmission fears as teams prepare to return to the pitch in the coming weeks. Players can still apply sweat to the ball. "It will make bowlers robots, coming and bowling without swing," Akram told AFP, saying they would have to be patient and wait for the ball to age naturally.

"It's a quizzical situation for me as I grew up using saliva to shine the ball and to swing it," he added.

"I am all for precautions in these tough times, so bowlers have to wait for the ball to get old and rough for them to get swing.

Sweat alone was unlikely to generate swing as in some countries it was too cold, said Akram.

"Sweat is just something of an add-on, a top-up. Too much use of sweat will leave the cricket ball too wet," he said.

Akram, who took 414 Test and 502 one-day international wickets in a storied career, believes artificial substance could potentially help as he encouraged officials to keep searching for alternatives.

"I believe that they will need to find a reasonable solution. Artificial substances like vaseline could be used to swing the ball but how much of it?

"Let's see, we have this England versus the West Indies series to judge how it goes, because I have never experienced this thing."

International cricket resumes with England hosting the West Indies in a Test series later this month .

Akram said suggestions that limited ball-tampering be allowed should also be considered by officials.

"When can you tamper the ball? Right from the first over or after 20-25 overs? They will need to sit down and do brainstorming," he added.

"The game is already tilted more in favour of the batsmen."

Comments
Topics mentioned in this article
Wasim Akram Cricket
Get the latest updates on IPL 2021, IPL Points Table , IPL Schedule 2021 , live score . Like us on Facebook or follow us on Twitter for more sports updates. You can also download the NDTV Cricket app for Android or iOS.