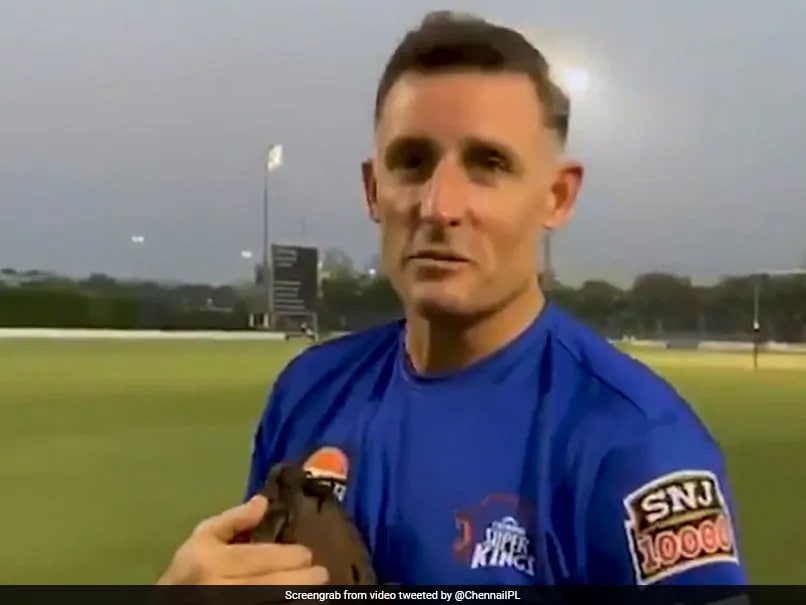 IPL 2021: Michael Hussey is CSK's batting coach and has recovered from COVID-19.© Twitter

Having finally reached Australia, Michael Hussey's personal nightmare is finally over. The former cricketer was one of COVID-19 cases in the recently postponed Indian Premier League (IPL) 2021. Due to his positive result, the Chennai Super Kings (CSK) batting coach had to stay back in India to quarantine, and could only depart after testing negative, unlike his other Australian colleagues, who departed for Maldives after the tournament was postponed. Having touched down in Sydney on Monday, Hussey can now breathe a sigh of relief, considering that he arrived home on the same day as the other Aussies involved in IPL.

Speaking to foxsports.com.au, Hussey revealed, "I wasn't thinking about (getting home) too much to start with".

"I was focusing on just trying to get better again, really".

He is currently in a Sydney hotel, for his mandatory two-week quarantine.

Hussey wasn't the only high-profile coronavirus case in the CSK camp. Before him, bowling coach Lakshmipathy Balaji also tested positive for the dreaded virus. Pretty soon, Hussey also tested positive, and he used to sit next to Balaji on the team bus.

Hussey stated he suspected that he contracted the virus before his positive result, due to some symptoms and he was also sitting next to Balaji on the team bus.

"My initial test came up as a weak positive, and we were sort of hoping the next would be negative and it'd be alright, but unfortunately I got retested the next day and that came back positive," he said.

"To be honest, I had already started feeling some of the symptoms and so I was thinking, 'I'm pretty sure I've got it'."

"Plus I was sitting next to the bowling coach on the bus a few times, so I thought, 'If he's got it then there's a pretty good chance I've got it as well'."

Also giving his opinion regarding the bio-secure bubbles in IPL, Hussey said that he felt safe in Mumbai. But then moving to Delhi, exposed the team to external stimuli like airport security, flight attendants etc.

"There was certainly more risk once we left that Mumbai bubble," he said.

The 45-year-old also pointed out that he wasn't shocked or surprised with his positive result, which came on May 3.

After Hussey and Balaji tested positive, the CSK management shifted the duo to Chennai, where they had better medical support. They were transported in an air ambulance inside a pod. Hussey later had a false negative, and defeated the virus on May 13.

The CSK batting coach had planned to fly to Maldives and join his Australian colleagues there. But the Maldives government also banned flights from India. So, he decided to use the aerial route from Chennai to Doha and then finally Australia.

Hussey also expressed his sadness regarding the postponement of IPL, and seemed disheartened with the tournament falling victim to COVID-19. He will be flying back to his home in Perth after completing his two-week hotel quarantine.