Inzamam-ul-Haq admitted the catch by Moin Khan that resulted in Sourav Ganguly's dismissal in India's chase of 271 in the Chennai Test of 1999 was a doubtful one. 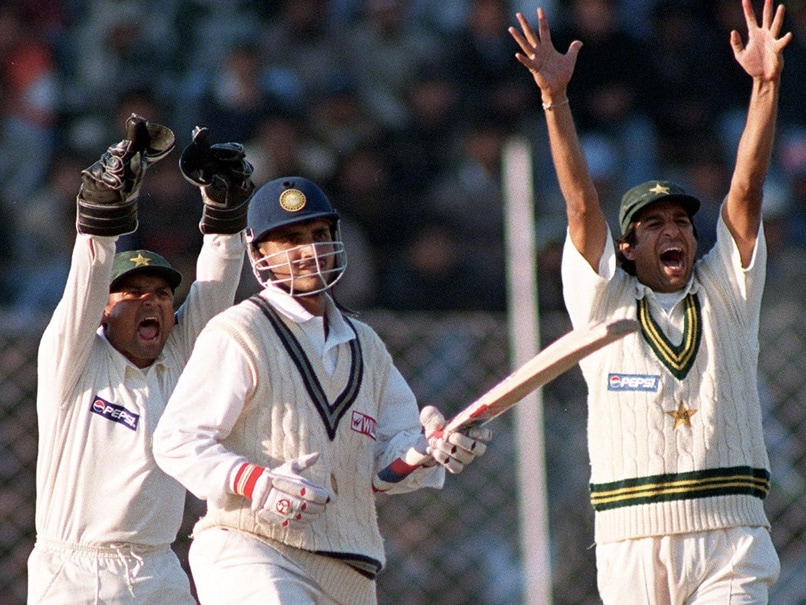 Inzaman-ul-Haq made a revelation about the 1999 Test between India and Pakistan in Chennai, saying the dismissal of Sourav Ganguly, who was given out caught by wicket-keeper Moin Khan, in India's second innings was "a doubtful one." Inzaman was speaking on India off-spinner Ravichandran Ashwin's YouTube show DRS With Ashwhen Ashwin posed the former Pakistan captain a question about the said dismissal. "There were two people involved in the affair. One Azhar Mahmood and the other Moin Khan. When Sourav played the shot, it hit Azhar Mahmood first on his body and then Moin Khan caught it," said Inzamam.

"I cannot clearly tell you about it because Azhar was not playing that Test match. I was unwell in the second innings so in my place Azhar was the substitute. I was not on the ground at that time but I can say that the catch was a doubtful one."

Replays of that ball by Saqlain Mushtaq showed that the ball had bounced off the ground after hitting Mahmood's leg, before Moin leapt forward and grabbed the ball right next to Ganguly on the pitch.

The on-field umpires got together for a while after Pakistan's appeal and declared Ganguly out.

Ganguly's dismissal reduced India to 82 for 5 in their chase of 271 runs in the fourth innings.

In a closely-fought contest, India were bowled out for 258 despite Sachin Tendulkar's 136 and lost the match by a narrow margin of 12 runs.

On Inzamam's admission, Ashwin, who had watched the match as a kid, said: "Inzy bhai, I have to salute you now because you admitted that it was indeed a doubtful catch."