RR vs MI: The outcome of the battle between Jasprit Bumrah and Jos Buttler -- be it during the Powerplay or at the death, can very well determine the result of the game. 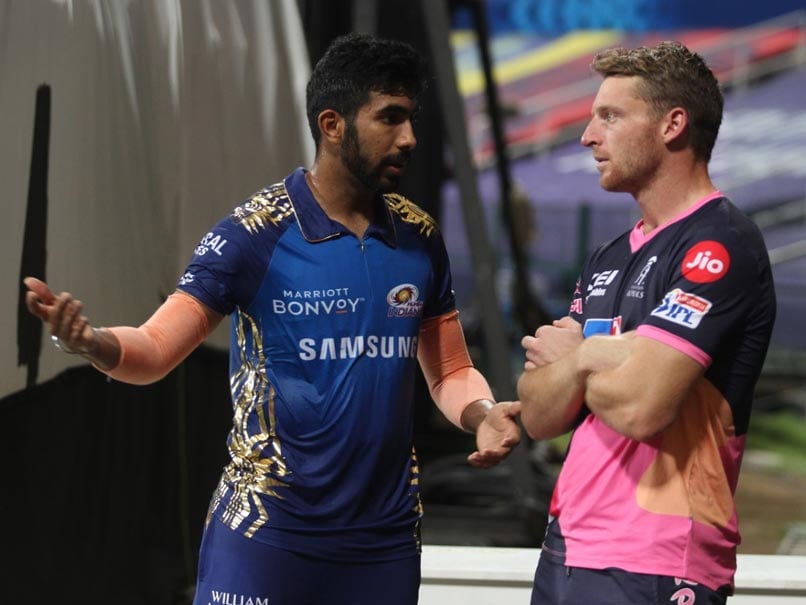 IPL 2020: Jos Buttler will be up against his former teammate Jasprit Bumrah when RR take on MI.© BCCI/IPL

Defending champions Mumbai Indians (MI), after a massive 10-wicket win over Chennai Super Kings (CSK), will face Rajasthan Royals who are fighting to keep themselves alive in the playoffs race. Rajasthan Royals have registered only one win in their last four games, while Mumbai have lost only once in the last seven outings. Rajasthan batsmen, after showing early promise, have failed to score runs consistently which has led to a series of poor results. Jos Buttler, who has accepted batting out of position for the team's sake, has been one of the better performers for his side. He was instrumental in Rajasthan's last win over CSK scoring 70 not out off just 48 balls on a tricky surface.

Buttler will be up against Mumbai Indians' fast bowling spearhead Jasprit Bumrah who jumped to second spot in the leading wicket-takers' list after an impressive showing against CSK on Friday where he picked up two wickets for 25 runs off his four overs.

With 271 runs from 10 matches at an average of 30.11, Buttler is the second highest scorer for his side, only one run behind Sanju Samson who scored majority of his runs in the early part of the tournament.

With their experiment at the top of the order not working, Smith might be tempted to open the innings alongside Buttler, allowing them to spend considerable time at the crease and build their innings.

Bumrah, who has not bowled inside the Powerplay much this season, made most of the opportunity when he was given the new ball in their previous game.

The outcome of the battle between Bumrah and Buttler -- be it during the Powerplay or at the death, can very well determine the win or loss for both sides.