IPL 2020: After Kieron Pollard nomination, KKR skipper Dinesh Karthik was next on the "Break the Beard" challenge and came out with a new look. 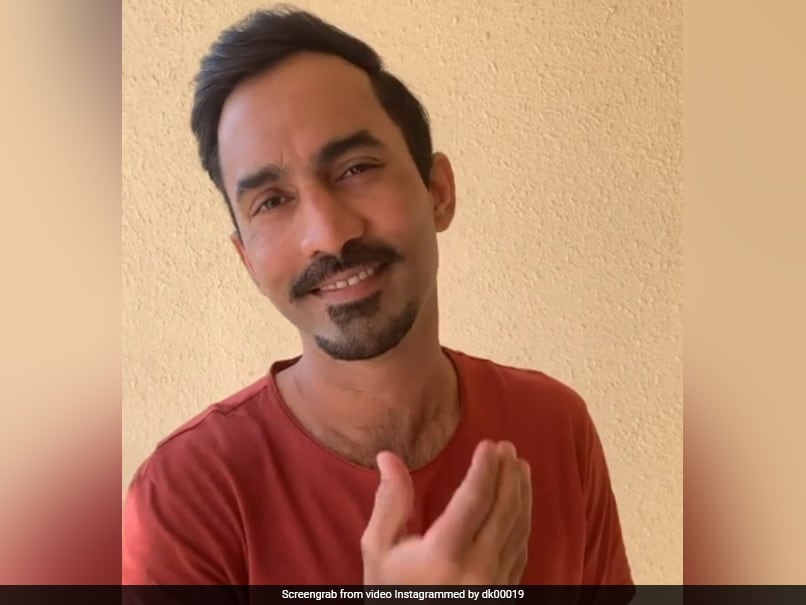 IPL 2020: Dinesh Karthik revealed his new look ahead of the game against Chennai Super Kings.© Instagram

Dinesh Karthik, Kolkata Knight Riders captain, took to Instagram on Wednesday to flaunt his new look and aced the "Break the Beard" challenge after being nominated by Mumbai Indians all-rounder Kieron Pollard. "@kieron.pollard55 Challenge accepted. As the season intensifies, time to hit a new level & #breakthebeard. KKR 1 - MI 1. #korbolorbojeetbo #GameFaceOn #ipl #MIvsKKR," Dinesh Karthik captioned the video on Instagram. On Tuesday, Pollard, taking a cue from Hardik Pandya, had participated in the break the beard challenge and nominated KKR skipper to take up the task.

While Pollard has contributed to Mumbai Indians' success in this season on a couple of occasions with bat and ball, Karthik is yet to make a noticeable contribution for KKR.

The KKRcaptain has scored just 37 runs from four matches and 30 off those runs came in just one innings in this year's IPL.

He will have his chance to turn things around later in the day when KKR face a rejuvenated Chennai Super Kings (CSK) at the Sheikh Zayed Stadium.

The Kolkata-based franchise, in their last game, were outclassed by Delhi Capitals and they will have their task cut out against CSK, who thrashed Kings XI Punjab by 10 wickets in their previous outing.

KKR are currently placed fourth on the points table and a win against CSK on Wednesday will take them up to third place.

Kieron Pollard IPL 2020 Cricket
Get the latest updates on Fifa Worldcup 2022 and check out  Fifa World Cup Schedule, Stats and Live Cricket Score. Like us on Facebook or follow us on Twitter for more sports updates. You can also download the NDTV Cricket app for Android or iOS.